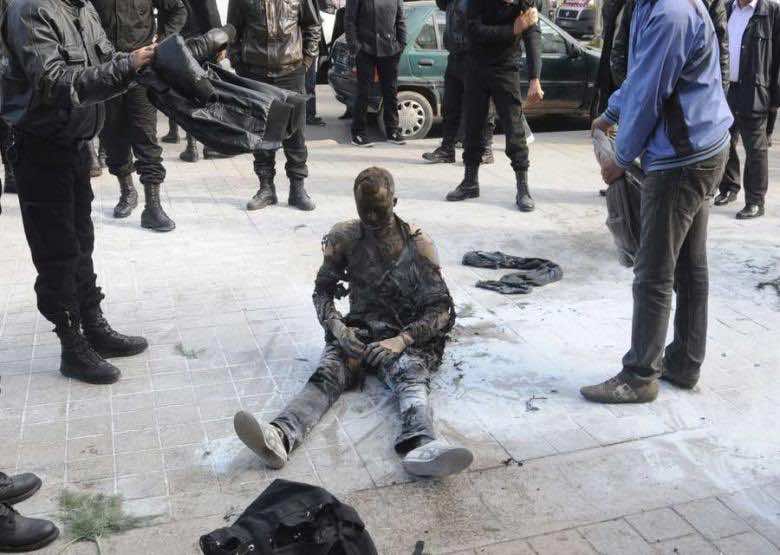 Several hundred people attended the funeral on Thursday of a street vendor who burnt himself to death in central Tunis, with the event turning into a protest against the ruling Islamists.

Adel Khazri, 27, was laid to rest in Souk Jemaa in northwestern Tunisia, hours before the new government headed by Islamist premier Ali Larayedh was to be sworn in to confront the pressing problems facing the country.

Relatives and residents shouted angry slogans outside the home of Khazri’s mother in the impoverished town before joining the funeral procession, an AFP journalist reported.

“Ennahda, get out!” the mourners chanted in reference to Larayedh’s ruling Islamist party.

Khazri, who supported his family by selling contraband cigarettes, set fire to himself on Tuesday on Habib Bourguiba Avenue in central Tunis, focal point of the mass uprising that toppled Zine El Abidine Ben Ali in January 2011.

Unemployment and poverty were key factors behind Tunisia’s revolution, which was triggered by another street vendor’s self-immolation in the maginalised town of Sidi Bouzid. Two years on, those economic grievances persist.