New York - A Spanish judge on Tuesday ruled that the Spanish Civil Guard was not to blame for the sinking of a makeshift boat near the Canary Islands on 13 December 2012. 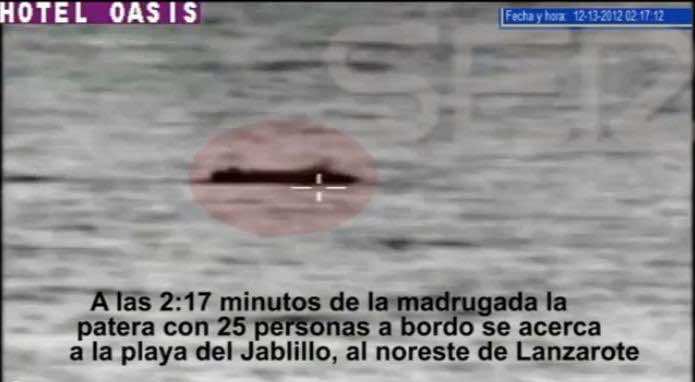 New York – A Spanish judge on Tuesday ruled that the Spanish Civil Guard was not to blame for the sinking of a makeshift boat near the Canary Islands on 13 December 2012.

The only one to blame “for the accident that killed at least one person was the illegal vessel,” the Spanish judge was quoted by EFE agency as saying.

“The accident was due to the exclusive fault of the owner of the makeshift boat, who made two right turn maneuvers, in addition to releasing the rudder, which caused the boat to intercept the path of the Civil Guard patrol, which could do nothing to avoid collision,” added the judge.

The incident occurred when the makeshift boat carrying illegal immigrants was spotted by a patrol of the Spanish civil guard.

When the makeshift boat tries to flee in the opposite direction, the civil guard began the persecution.

After the collision, a group of survivors tried to stay afloat while the makeshift boat was sinking.

The agents threw lifeline but they only succeeded to board 17 of the 25 people. One of them had died.

The other six went missing at sea. The video, published by Cadena Ser, reopened the controversy over the first accident of its kind in 30 years.

According to the version of the Spanish Civil Guard, the boat broke down about an hour before spotting the makeshift boat and was the engine malfunction which prevented them from maneuvering to avoid the collision.

However, survivors insist that the collision could have been avoided.