New York - The Moroccan Ministry Foreign Affairs and Cooperation summoned the Spanish Ambassador in Rabat, Mr. Alberto Navarro, and demanded that he provide all information following the publication of video showing the collision of Spanish Civil Guard with a makeshift boat carrying Moroccan migrants northwest of Lanzarote, in the Canary Islands. 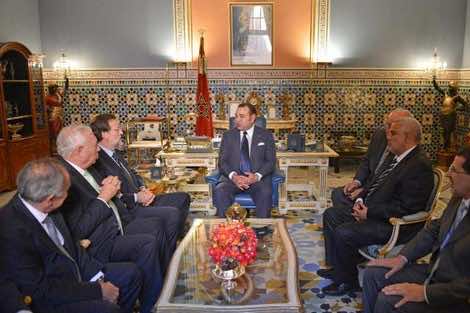 New York – The Moroccan Ministry Foreign Affairs and Cooperation summoned the Spanish Ambassador in Rabat, Mr. Alberto Navarro, and demanded that he provide all information following the publication of video showing the collision of Spanish Civil Guard with a makeshift boat carrying Moroccan migrants northwest of Lanzarote, in the Canary Islands.

The incident occurred on 13 December 2012, when a makeshift boat with 25 Moroccan migrants on board crossed the Cabaleiro River patrol. The latter tried to flee to avoid being caught.

The Spanish Civil Guard collided with the makeshift boat in the chasing attempt, which led to the sinking of all 25 Moroccans. 17 of them were rescued, seven went missing while one perished as a result of the incident.

After the uproar caused by the video footage taken at the moment when the collision occurred, the Moroccan Ministry of Foreign Affairs issued on Thursday a communiqué stating that Rabat asked the Spanish Ambassador to provide Morocco all the documents and the information associated with this incident, noting that “Moroccan security authorities are in constant contact with the Spanish authorities to clarify the truth about the incident, and determine responsibilities.”

The communiqué also pointed out that “both King Mohammed VI, as well as the Moroccan government attach particular importance to this sensitive subject and the human tragedy that it caused.”

“The General Consulate of the Kingdom of Morocco in las Palmas is closely following the developments of this incident, since it occurred, before the Spanish judiciary, which is now in it’s the appeal process,” says the communiqué issued by the Moroccan Foreign Ministry added.