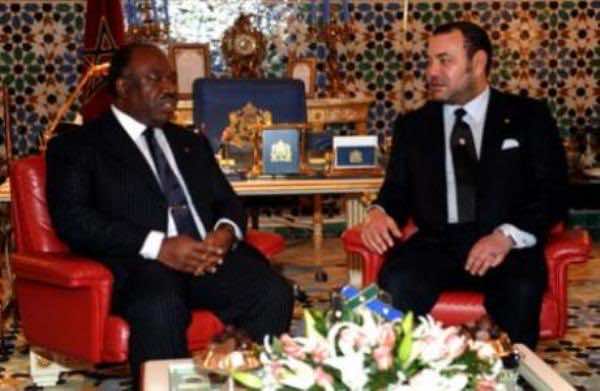 In 2000, King Mohammed VI revealed the new tone and the new ambitions of Morocco in Africa when he announced, on behalf of South-South cooperation, the cancellation of debts of the least developed countries (LDCs) and Sub-Saharan Africa and to exempt their products from tariffs.

The assistance provided by the kingdom to Sub-Saharan countries is between $2 and $3 billion dirhams (MAD 180 to MAD 268 million) per year, mainly for the benefit of African countries in West and Central Africa.

There is a high demand from these countries, particularly in staff training, contributing to the financing, design and construction of infrastructure as well as socio-economic projects, especially in sanitation, water supply, electricity, health and food.

Morocco organized, in 2007, in Rabat, in partnership with the United Nations Development Programme (UNDP), the First African Conference on Human Development. This conference was aimed to meet the ambition of Morocco to promote comprehensive human development through the strengthening of South-South cooperation and the implementation of commitments in various international forums, including those related the Millennium Development Goals (MDGs).

Morocco’s efforts to give the South-South cooperation a face full of solidarity, has resulted in its continued commitment to noble causes of peace and development, as well as its constant position to express solidarity towards the concerns of developing countries, and their aspirations for progress and well-being.

The UNDP ART GOLD Programme has supported Morocco since 2007, improving the effectiveness and aid coordination in order to strengthen local citizenship and to place human beings at the center of development actions.

Morocco is also seeking to develop a strategy for tripartite cooperation to channel aid funds made available in the framework of international programs for the financing of infrastructure projects or socio-economic development in African countries and to entrust those projects to Moroccan companies (consultancies, engineering companies, service providers, etc).

Morocco attaches great importance to national education by providing college scholarships to African students. More than 10,000 students pursue their studies each year in universities and schools through scholarships provided by the Moroccan Agency for International Cooperation (AMCI).

The United Nations Conference on Trade and Development (UNCTAD) classified Morocco among the top twenty investors in Africa for the period 2003-2007.

Morocco signed in 2004 an agreement on “double taxation” (which prevents companies with operations abroad from paying tax twice) and encouraging investment with Senegal.

Following the success of this program and the positive results recorded, Morocco expressed to its African partners its willingness to jointly develop a regional development project of artificial inducement of rain in Africa. This would assist African countries with expressed needs in this area, thus contributing to the achievement of the NEPAD strategy for the generalization of access to water in Africa by 2015.  Senegal has also been a recipient of technical and logistical support for the country to launch its artificial rain.

Morocco has initiated many African countries to triangular cooperation, rich and varied, based on a true partnership and effective solidarity, in addition to cooperation programs implemented bilaterally. It has many advantages and allows many African countries to benefit from the know-how and expertise already experienced in the land of Africa and to overcome the lack of budgetary resources.

Given the multiple benefits of triangular cooperation, Morocco considers that this type of partnership can be a vehicle for supporting the efforts of developing countries in sub-Saharan Africa and expresses its readiness to invest with donors and regional donors and international collaboration seeking to achieve tripartite programs for countries in SSA.

The Omnium Nord-Africain (ONA), the second largest company in the country after the Office Chérifien Phosphates, operates in Africa in the food & beverage, distribution, financial sector (banks & insurance) and the mining sectors.

Export Morocco spares no effort to promote exchanges between Morocco and many African countries, through participation in international fairs and exhibitions, and the organization of business missions, advising businesses, hosting meetings with economic operators, and finally by sponsoring prospective studies of areas and countries.

Morocco has always supported the initiatives of the United Nations for the restoration of stability in Africa and has, since 1960 to nowadays, has provided military contingents at the disposal of UN peacekeeping operations in the Congo, Somalia, Angola, Democratic Republic of Congo and Côte d’Ivoire.

In December 2006, Morocco sent a contingent of Royal Armed Forces, consisting of specialists and experts to participate in a demining operation in the Casamance region of Senegal.  Morocco has also provided medical field camps in many needy African countries to provide immediate medical assistance.

Morocco will continue to be present in Africa and reinforce south-south cooperation to contribute to the development of the African continent and collaborate with American and European allies to bring peace and stability to this continent.