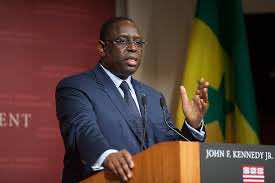 President of the Republic of Senegal, Macky Sall, urged, Thursday night, the Senegalese to offer HM King Mohammed VI, who will pay an official visit to Senegal on Friday, an exceptional welcome.

“The Head of State urged the population of Dakar to offer an exceptional welcome matching the strong relations between the two countries to His Majesty Mohammed VI, King of Morocco, who will arrive in Dakar on Friday, March 15, 2013, for a few-day visit,” the Senegalese Council of Ministers meeting in Dakar on Thursday under the chairmanship of Macky Sall said in a statement.