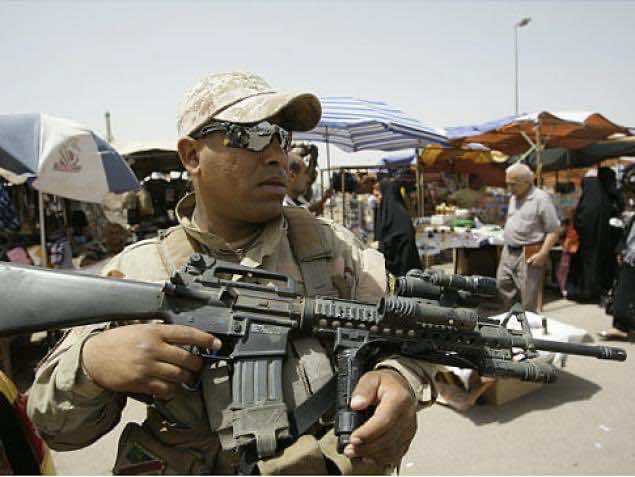 Gunmen shot dead eight Iraqi soldiers as they were on their way to report to their unit in a town north of Baghdad on Friday evening, security officials said.

At least one soldier survived the gun attack in which a minibus the troops were riding in was overturned, but he was badly wounded, an army colonel and a police colonel said, both speaking on condition of anonymity.