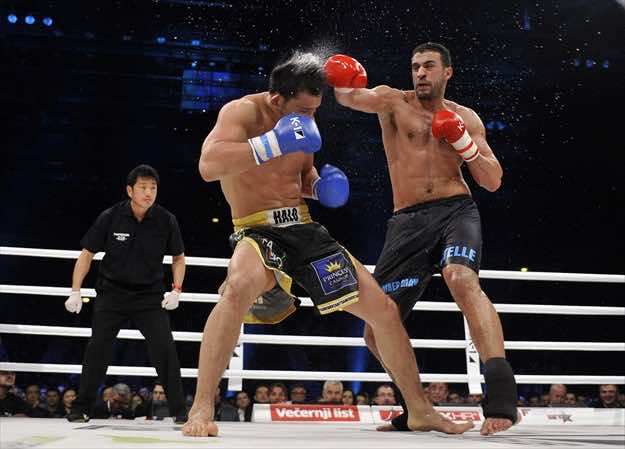 The Moroccan Kick Boxer Badr Hari made his comeback in the ring facing Zabit Samedov during the quarterfinals of the K-1 World Grand Prix in Zagreb, Croatia.

The Golden Boy defeated in the quarterfinals of the K-1 World Grand Prix his first opponent, the Azerbaijani Zabit Samedov, in three rounds.

By the end of the fight, Hari was running around the ring in a bid to avoid contact with his adversary. Thanks to his tactic, he managed to keep his full energy to end the game in his favor.

The audience greeted Hari by a standing ovation.

“Badr Hari, the most attractive fighter in the tournament, is known for great hand and foot techniques”, wrote a Croat website (Index.hr).

Born in Amsterdam, Netherlands, Badr Hari began practicing kickboxing at the age of seven, under the guidance of former World Champion Mousid Akamrane.