For the 23rd consecutive year, the Moroccan rally, Aicha des Gazelles, the only Rally Raid for women only, kicks on March 16 from les Jardins du Trocadéro in Paris.

Carlos Ghosn, CEO of Renault-Nissan, whose daughter Caroline is engaged in the adventure, will mark the start at 15:00 Live from the Village installed for the occasion. 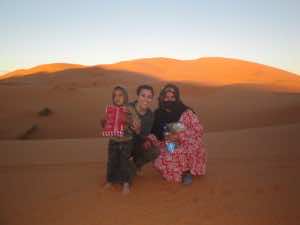 Since 1990, the Rally Aicha des Gazelles is an exclusive female Rally. Each year, hundreds of women from 18 to 65 years from more than 33 different nationalities compete in a race at the heart of the Moroccan desert.

For this year’s edition, 300 gazelles from 23 different countries will participate in the biggest women-only off-road rally in the world

In collaboration with associations, like Cœur de Gazelles, (Heart of Gazelles) Aicha des Gazelles is engaged in humanitarian work with no prize money. The money generated helps to finance a medical caravan, including a mobile clinic with 8 doctors, providing medical care for the population in the remote regions of Morocco.

Among the 150 crews registered in the 23rd edition, there are 11quad crews, 12 crossover crews and 127 groups in the category 4WD and six Moroccan groups. 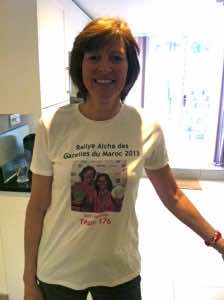 According to Benedicte Clarkson, on of the participants in the rally, the Mazagan Resort near El Jadida (100m km from Casablanca) has offered to accommodate the Gazelles during the “technical verifications” which basically means that a satellite device will be fixed on the cars to enable  organizers, sponsors and family to follow their progress so that even when they think they’re lost, everyone else knows where they are.

They will also check the gazelles have a compulsory 10l jerrycan in their cars for emergency water as well as a decent toolbox and safety kit.

“There is no prize money, just sheer satisfaction of having accomplished quite a human feat. The rally is still ecological : least amount of kms between checkpoints is how the gazelles win,” Bénedicte Clarkson, the teammate of Jamila Ait Akka told Morocco World News.

“It is still the only rally in Morocco allowed to use the Royal Coat of Arms and its charity wing, Heart of Gazelles,” she added. 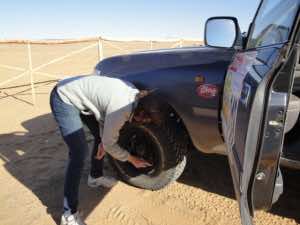 “Our car this year will be decorated with the poster of a wonderful Moroccan movie called “Majid” by Nassim Abassi which tells the story of the friendship of 2 street children, the casual violence metted out against street children and has for subtitle : “Une Vie Sans Reve n’est pas une Vie”, “A Life without a Dream isn’t worth living,” she concluded.

“We are not professional rally drivers; we are regular women with a job, a family who wants to challenge ourselves and at the same time bring humanitarian aid to the villages the rally drives past,” wrote the Smily Gazelles on their blog.

“We are a 100% Moroccan crew, with more than two interests. With Dounia Bennani’s passion for 4×4 driving secrets and my knowledge of the navigation of the field, it will make of us, I ‘m sure, an amazing crew.” Abla BENSLIMANE wrote on her blog.

The official arrival with the awards and closing ceremonies are due on March 30 in Essaouira, a coastal Moroccan city on the south west.

The teams’ progress can be followed “live” on the Rally website.