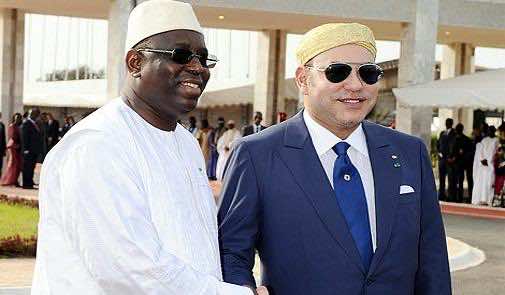 Africa is currently facing new regional and international challenges related to the threat of terrorism, the disruptions caused by globalization and the complexities of migration. However, most African countries are doing all they can, using endogenous means to implement reforms and rise to the challenges confronting them.

This dynamic reform process, as well as the economic performances achieved, are a strong signal from Africa to its partners to show that the continent is on the move, that it is determined to embrace change, and that it seeks to play its full-fledged role in the new world balance.

In addition to exerting these efforts, Africa has to face challenges relating to poverty, illiteracy, unemployment, pandemics and the environment. It also suffers from the consequences of several armed conflicts and hotbeds of tension, which severely undermine its capabilities and divert its resources away from development targets.

Morocco feels that it is its duty to support African countries in the area of conflict prevention, management and resolution, and to assist them in reconstruction efforts.

Supported by active diplomacy and a coherent strategy of co-operation, Morocco ranks as the second most active country engaged in South-South co-operation in the continent — right behind South Africa, and way ahead of Nigeria.

True to the fact that it is a part of Africa in its entirety, Morocco also expresses full confidence in the future of this continent and invests without hesitation.

This results in the development of a vast banking network in Africa, the spread of Royal Air Maroc (RAM) services and the investments made by major public companies, including Office Cherifien des Phosphates (OCP), the National Office of Electricity (ONE), the National Drinking Water Office (ONEP) and Maroc Telecom.

In fact, Morocco’s approach is inspired by King Hassan II’s formula, where he compares Morocco with “a tree with roots planted in Africa.”

That is the spirit in which this approach, adopted in the 1960’s after the independence of many African countries, resulted in an important framework of bilateral co-operation agreements with these newly founded states.

All in all, the Moroccan government has always worked to make Africa’s voice heard in the world and to develop co-operation and solidarity between its various components.

The Casablanca Group (1961) and the contribution to the creation of the Organization of African Nations (OAU) attest to this commitment.

Even though Morocco had to quit this organization in 1984, it has maintained, if not strengthened, its co-operation with the countries of the continent.

Today it seems that the African Union (AU) wants Morocco to be restored to its proper place.

This rapprochement, if it crystallizes through the integration of Morocco into the AU, will have positive impacts throughout the Maghreb.

First, it will reduce conflicts and promote co-operation and, above all, will create a huge area of economic co-operation.

If all this becomes reality, great opportunities might be offered for the Maghreb’s people, as well as African people more generally.

As a matter of fact, Africa has significant potential for growth from now to 2020.

According to a report issued by the McKinsey Global Institute, 128 million households will have a regular income, the annual consumption rate will average 970 billion euros, and the gross domestic product will climb from today’s 1.1 trillion euros to 1.800 trillion euros.

And twenty years later, in 2040, with a workforce of 1.1 billion, the continent will provide the world with a labor reserve greater than China or India.