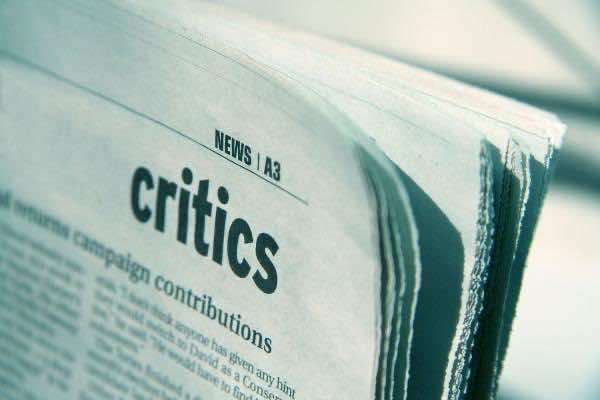 What if we encourage each other and spread cheerful words? What if we embrace creative works and cherish those behind them? What if we try to wane our criticism when a certain work is not that perfect? What if we just keep silent when we couldn’t do any of this?

Some constructive criticism is always good and helps make things better, but when criticism is done for the sake of it, it’s no good. In normal and in online life, some people seem as if nothing would likely satisfy them, and they are ready to fire at anything that moves in front of their eyes. They are everywhere, and their hobby is to criticize, regardless of how good, bad, or perfect a work is.

What those constant-criticizers would lose if they just kept their negative comments for themselves when they couldn’t utter an encouraging word. And what’s strange is that they don’t give precise remarks about what they find bad about a work. They just say that it’s bad and that’s all. Their parochial minds can’t give alternate suggestions to make things better.

All they know is scrutinize to find something done poorly and if there isn’t, they will create one. Some of those don’t have the competencies to produce anything, or they are just indolent to squeeze an idea out of their minds. What they have instead is their poisonous mouths that keep puffing negative judgments.

For such people I say, instead of devoting your time to negative critics, give some practical notes that would lead to better work. If you have nothing to say other than to deject those who have produced something, remember that significant efforts are behind every single idea, and when you mute your mouths you are doing a favor.

If you think that you have perceptive minds, why don’t you collect your worthy criticisms and create better work than that you criticize, and show the world how perfect you are. And when you see that you’re capable of providing better work, don’t lose your time discouraging others. Hurry up and produce your ideal version, and people would profit from your sharp intelligence and abilities and would thank you for that.

Criticizing is necessary to improve things, but when it’s not constructive it will just demolish other’s creative spirits and rock their volition. Before making a judgment, one should think how this work is done and if criticism is really warranted. And even when a work is just average or sub-par, or even very bad, one still has to respect the efforts behind the work’s creation. To create is hard, but to criticize is easy.