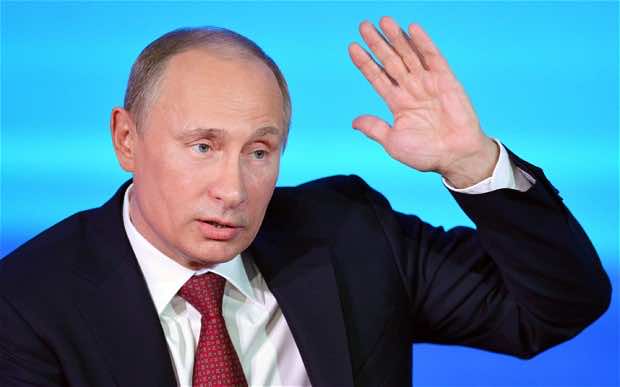 Bloggers who oppose Russian President Vladimir Putin are targeting top lawmakers loyal to the Kremlin with scandalous revelations about their luxury apartments and jet-setting lifestyles which run counter to their patriotic rhetoric.

Recent exposes have focused on the most outspoken lawmakers from the ruling United Russia party who have voted through legislation restricting foreign NGOs and a highly controversial ban on adoption of Russian orphans by US citizens.

Top lawmakers and officials are obliged to declare property and income annually in a corruption-busting initiative proposed by Dmitry Medvedev under his presidency, but bloggers and investigative reporters have highlighted their undeclared wealth and assets.

Vladimir Pekhtin, the head of the ethics committee in the parliament’s lower house, declared he was giving up his mandate after opposition protest leader Alexei Navalny published documents on his blog showing he had never declared two beachfront condominiums in Miami worth millions of dollars.

The assault continued this week with an article in opposition weekly The New Times, saying that Irina Yarovaya, a vocal supporter of bills targeting foreign NGOs and anti-corruption measures, lived in a luxury apartment in Moscow worth nearly $3 million that she had not declared.

Yarovaya dismissed what she called “dirty allegations”, saying the apartment was owned by her daughter, who was only 17 years old when it was first purchased.

In the latest expose of hidden wealth in the higher echelons of politics, Navalny, a lawyer by training, accused United Russia senator Vladimir Malkin of owning an office building in Toronto that brings him $800,000 in annual rent.

“The likes of Malkin from United Russia want to limit our voters’ rights here, but they go over there to invest the money that they skim off from the disenfranchised people,” Navalny wrote in a typically lacerating tone in his blog, which is one of Russia’s most read.

But bloggers reserved particular venom for Pavel Astakhov, the Kremlin envoy for children’s rights who led the campaign for the US adoption ban in a blaze of publicity.

A sleek showman, Astakhov graduated from KGB training school and later became a star lawyer with his own television show before taking up the ombudsman post.

Yet Astakhov once called the United States his “second motherland,” blogger Andrei Malgin wrote, quoting an article Astakhov wrote for a University of Pittsburgh magazine when he was there on an exchange programme.

While Astakhov has even opposed US adoptions of children with disabilities, he chose Western medical care for his own family, bloggers revealed, digging out a 2009 interview with a tabloid weekly, 7 Dnei.

Posing with his wife and children in a villa on the French Riviera, Astakhov boasted that his wife went to France to give birth to their child, staying in the same hospital room as used by Hollywood star Angelina Jolie.

When questioned by journalists on this apparent inconsistency, Astakhov simply shrugged.

“Where is the crime? I was thinking of the health of my wife and my future child,” he said Thursday at a news conference.

In a survey this week by independent Levada Centre pollster, 51 percent of Russians said they believed corruption had worsened in the 13 years since President Vladimir Putin came to power.

Fifty-nine percent said the Kremlin’s current anti-corruption drive was only intended to make people trust in Putin and divert their attention from his own shortcomings.

Even now such detailed allegations against politicians who support Putin are largely read by an online community of liberal Muscovites and subscribers to opposition-minded publications.

Astakhov was nonchalant about the criticism against him — none of which was aired on national television news. He said he even discussed it while meeting Putin this week.

“He and I discussed everything about the blog posts and Twitter hubbub over my words, my life and my interests,” he wrote in a letter to liberal Echo of Moscow radio station that it published online. 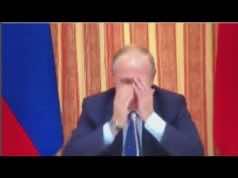