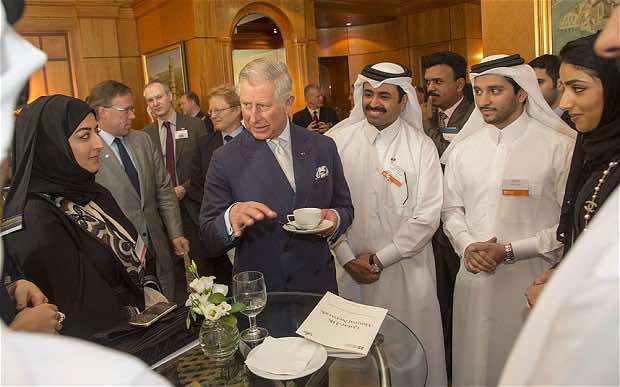 According to the Daily Telegraph, Prince Charles, the Prince of Wales, has been learning Arabic over the past six months in order to read the holy Quran.

Inspired by his desire to comprehend different religions, the Prince has set out to explore Islam and Muslims.

The information was revealed during a reception at Qatar-UK Alumni Network, when he told the audience that he finds hard it to learn Arabic.

When Dr Mohammed Bin Saleh al Sada, chairman of the association and Qatar’s energy minister, asked the Prince if he speaks Arabic, he answered that he struggled to learn, but ended giving up.

“I tried to learn it once but I gave up. “It goes in one ear and out the other,” he was quoted by the Daily Telegraph as saying.

Minister Al-Sada encouraged the Prince to learn Arabic telling him “It’s never too late to learn.”

During 2003’s Ramadan, Charles broke the fast “Iftar” with Muslims at the Sultan Qaboos Grand Mosque in the United Arab Emirates.

In 2010, during a speech at Oxford University, Charles encouraged the world to follow the spiritual teachings of Islam.

While touring the Muslim world and talking to Muslims, Charles carried the English version of the Quran from which he recited.