The summons by the Ministry of Foreign Affairs and Cooperation (MAEC) of the Spanish ambassador in Rabat amid the release of a video showing a ship of the Spanish Guardia Civil boat hitting a makeshift both carrying Moroccan illegal immigrants near Lanzarote was meant to “clarify” the circumstances of the incident, said Minister delegate for Foreign Affairs and Cooperation, Mr. Youssef Amrani.

In a statement to the Spanish newspaper “El Mundo“, released on Friday, Amrani said that Morocco and Spain have a “permanent dialogue” to address issues that arise between the two countries. “Rabat and Madrid have a constant dialogue and established normal channels to clarify this issue in a transparent way,” he said.

Meanwhile, the Spanish ambassador in Rabat, was quoted by Spanish news agency as saying that his meeting at the Ministry of Foreign Affairs was held in a “cordial and friendly atmosphere”.

Thursday, MAEC said he had summoned the Spanish diplomat and asked him to provide all the latest information related to this incident.

Spanish diplomat agreed to put at the disposal of Morocco all documents and information related to this sensitive issue, the ministry said in a statement carried by MAP.

The incident occurred on 13 December 2012, when a makeshift boat with 25 Moroccan migrants on board crossed the Cabaleiro River patrol. The latter tried to flee to avoid being caught.

The Spanish Civil Guard collided with the makeshift boat in the chasing attempt, which led to the sinking of all 25 Moroccans. 17 of them were rescued, seven went missing, while one perished as a result of the incident. 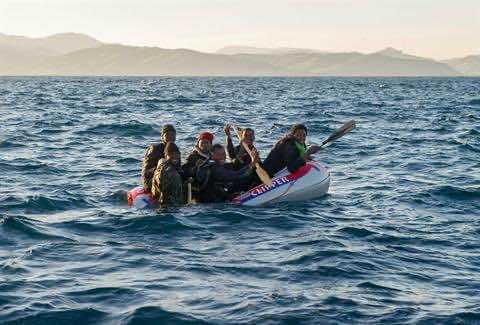