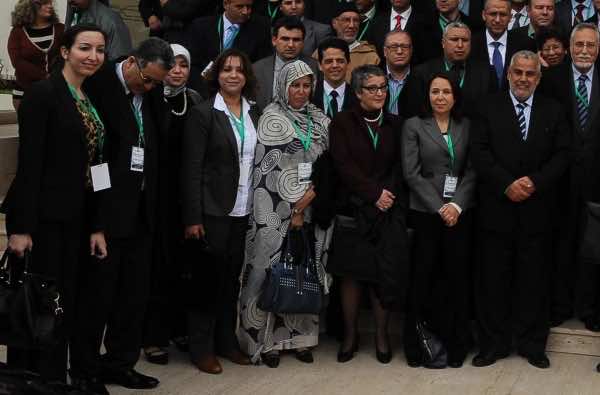 Leila Hanafi, Moroccan-American international lawyer and Board member of Morocco World News has been selected among a large pool of competitive applicants from the Moroccan diaspora to partake in the newly established intergovernmental Moroccan commission on  National Dialogue on  Constitutional Reforms. The launch of this initiative, which took place on March 2013, was chaired by the head of the Moroccan Government, Mr. Abdelilah Benkirane, and attended by the Speaker of the House of Representatives, Mr. Karim Ghellab, the Chairman of the House of Advisors, Mr. Mohamed Cheikh Biadillah, Mr. Simon Gray, the Director of the World Bank Maghreb Department, Mr. Aloys Kamuragiye, Resident Representative of UNICEF, African Development Bank and ISESCO. A large spectrum of ministers and senior representatives from government departments, the diplomatic corps, and delegates of international organizations and civil society were also present at the event. 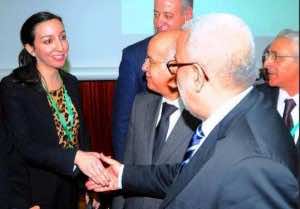 This nomination comes as recognition of Leila’s long-standing dedication to advance Morocco’s image in the USA, through the prism of rule of law and legal empowerment. As the number of Moroccans living abroad increases, the need to bring expatriates under the protection of the constitution becomes quintessential.

With the convergence of an unparalleled number of  Moroccan stakeholders, the Commission represents  an unprecedented opportunity to encourage dialogue with senior representatives from Moroccan government agencies, parliament, academia, civil society, and international organizations on the implementation of the constitution to promote a strong and fair lawmaking process, and, ultimately, greater confidence in the constitution as a blue print for future legislative reform through inclusive participation.

This initiative commissioned by the Ministry of Civil Society and Relations with the Parliament is a landmark model for Morocco- which has the potential to empower Moroccans, in their home country and abroad- to participate in policy-making, through mechanisms such as social audits and proactive public reporting. The launch of this multidisciplinary  dialogue has the potential to inspire concerted actions and meaningful progress in ushering in a new era of participatory rule of law in Morocco.

Morocco, the first country to successfully engage its citizens by rewriting its constitution after the start of the Arab Spring has the potential to satisfy popular calls for increased freedoms, fundamental rights, transparency, political reforms, as well as social justice. It is a common view that a major challenge for Morocco’s   government is how successful it will be in implementing the constitutional reforms that many of the politicians promised throughout the campaign period.

As the King himself observed in his July 30, 2011 Throne Day Speech, “No constitution, however flawless it may be, is an end in itself. It is rather a basis upon which a new political pact can be built and capitalized on to uphold the rule of law, human rights and good governance, and bolster development, through efficient, credible institutions.” In his address during the March launch, Mr. Lahbib Choubani Minister of Relations with the Parliament & Civil Society re-affirmed the Moroccan government’s conviction of the essential role that civil society, including academics and civil society organizations, play in the political processes: “Any tangible steps made in the ongoing development of Morocco cannot be successful without the healthy marriage of good governance and the active participation of its citizens.”