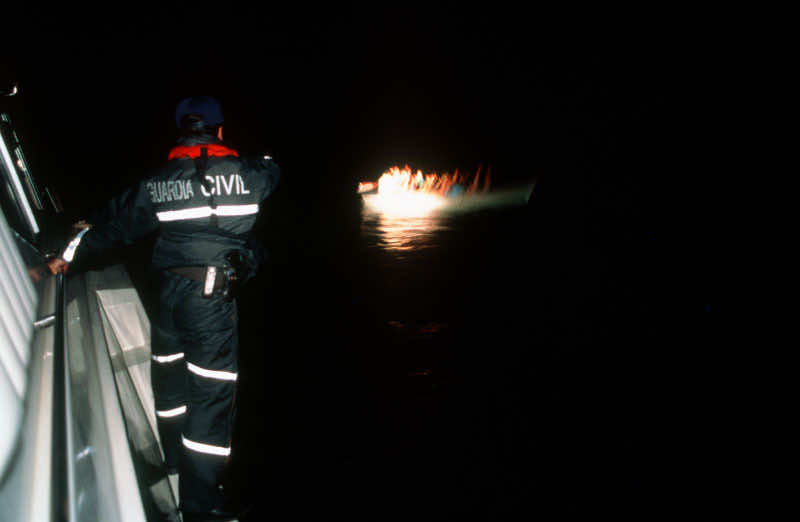 Spanish authorities Sunday intercepted a wooden fishing boat packed with 32 illegal immigrants, including a woman and her baby, which was trying to make landfall on Spain’s southern shore, a maritime rescue services spokesman said.

A maritime rescue service ship stopped the boat off the coast of the province of Cadiz and took the immigrants to the port of Tarifa, he said.

The 32 passengers of the fishing boat, including the woman and her child, appeared to be in good health, the spokesman added.

The maritime rescue service was alerted to the presence of the boat after one of the migrants called Spanish emergency services to ask for help because the vessel’s motor had stopped working.

Authorities fear many of those who attempt the crossing by sea die of thirst, hunger or exposure.