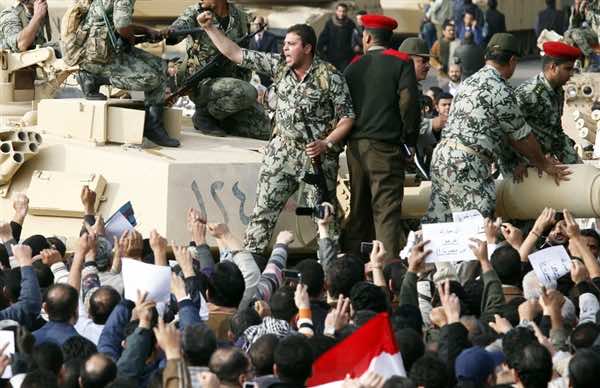 Army spokesman Ahmed Mohammed Ali said army troops had confiscated the khaki and white fabrics “similar to those used for uniforms” as they were about to be smuggled into Gaza via tunnels in the Sinai peninsula.

The army “urges Egyptian citizens to be cautious and increase security awareness in the coming period in anticipation of the possibility of (people) posing as military officers,” Ali said.

Senior Hamas official Mahmud Zahar stressed that Hamas “is keen on Egypt’s security and does not want to engage in any clash with anyone,” in a recent interview with the state-owned MENA news agency.

He said stories in the media based on unidentified sources “are just meant to pit the Egyptians and Gazans against each other.”

Recent media reports suggested that Hamas elements had infiltrated Egypt through Gaza tunnels. Another report said seven Gazans held at Cairo airport were in possession of maps of vital establishments in the country.