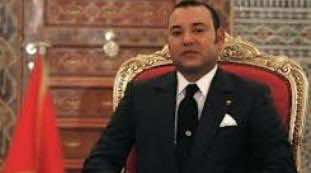 The visit paid by King Mohammed VI to Senegal is opening new horizons of Morocco-Senegal cooperation, said Moroccan minister of foreign affairs and cooperation, Saad Dine El Otmani, citing the agreements signed on Saturday in Dakar under the chairmanship of the sovereign and Senegalese president Macky Sall.

“Today, we are seeing a genuine impetus in the promotion of bilateral ties. Following the private talks between the two African heads of state, several agreements were signed », said the official.

He added that in addition to the agreements on land transport of goods and persons and the protocol agreement on cooperation in mining, hydrocarbons, electricity and renewable energies, other agreements will be signed during the Senegalese president’s visit to Morocco.

At the political level, the foreign minister stressed that bilateral ties are excellent and marked by a remarkable coordination in international organizations.

Regarding the Sahara issue, El Otmani, who is member of the delegation accompanying HM the King in his visit to Senegal noted Senegal’s clear and strong support to Morocco and its backing of Morocco’s return to the African Union.