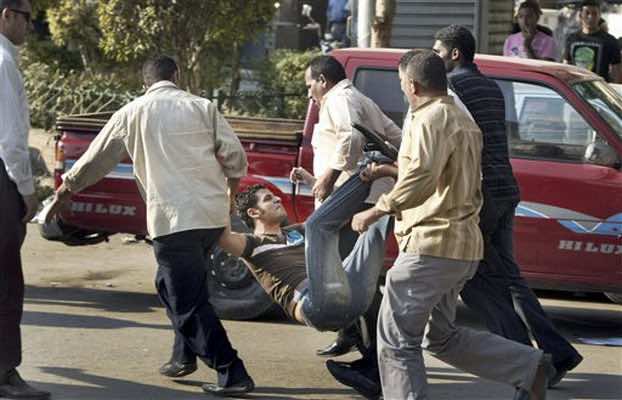 Residents of an Egyptian village beat two people suspected of crimes and left their bleeding bodies to hang in a public square, security officials said on Sunday.

There were conflicting reports over the reasons for the attack in the Mahallat al-Ziad village in the Nile Delta province of Gharbiya.

Some sources said the two had stolen a rickshaw, others said they belonged to a gang and had kidnapped a girl.

The two unidentified men’s bodies have been taken to a morgue in the nearby city of Samanoud, officials said.

The incident comes as the country’s police force faces its worst crisis in decades, with many officers on strike across the country.

A photo of the two bodies circulating on the Internet will heighten a general sense of insecurity and raise fears of vigilante justice in the absence of police and at a time of bitter political and social divisions.

A hardline Islamist group recently said its members would take up policing duties in the central province of Assiut because of rising crime and insecurity.

Islamist President Mohamed Morsi has defended his police force while the army said it would not tolerate militias in the country.