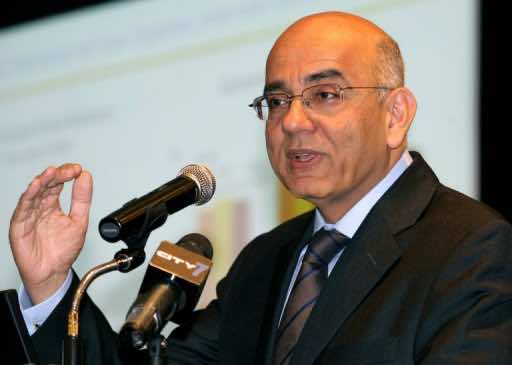 The head of the International Monetary Fund’s Middle East division was in Cairo on Sunday for talks with the Egyptian government to discuss steps towards a possible aid program.

Regional IMF director Masood Ahmed said the meetings went well, but that no decision had yet been made on new financial support.

“We agreed that our discussions would continue diligently over the coming weeks with the aim of reaching agreement on possible financial support,” he said, in a statement released by the lender’s Washington headquarters.

“I welcome the authorities’ determination to move forward with their economic reform program that seeks to address these challenges in a socially balanced manner,” Ahmed said.

“I reiterated that the IMF is committed to support Egypt in this endeavor.”

Egypt has been plagued by unrest since a 2011 revolt that overthrew unpopular autocrat Hosni Mubarak.

President Mohamed Morsi won a convincing election victory last year with the support of the Muslim Brotherhood, but has struggled to unite the country or revive its fragile economy.

On Monday, the IMF said that it could provide an emergency short-term loan to Egypt if needed, as talks for a longer-term $4.8 billion financing program had bogged down.

But the global crisis lender said Cairo would have to show its commitment to reform even to receive a loan from its Rapid Financing Instrument program.