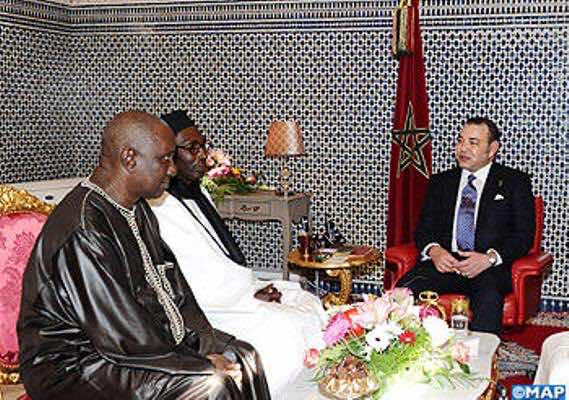 Senegalese dignitaries and religious leaders who were received Saturday in Dakar by King Mohammed VI, commander of the faithful, warmly praised the Sovereign’s care for their communities, expressing their attachment to Morocco as a spiritual homeland.

“We were very honored to be received by King Mohammed VI. It is very important for us because as a Tijania confraternity, we consider Morocco as a spiritual capital, given our strong attachment to Fes where the confraternity founder Cheikh Sidi Ahmed Tijani was buried”, said Aboubakar Mohamed Mansour Sy who was part of the delegation of the Sy Tijan family from the spiritual city of Tivaouane.

In addition to excellent economic and political ties between Morocco and Senehal, we share a spiritual legacy closely binding our peoples, he added.

On his part, Cheikh Mohamed Niasse, brother of the general Khalife of the religious city of Kaolack expressed the community pride of the sovereign’s care. 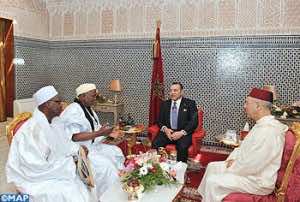 We are experiencing the same intense ties dating back to time immemorial between our ancestor Cheikh Oumar Fouty, noted Cheikh Said Nourou Tall, for the Al Aomari Tijane family.

He added that Morocco-Senegal ties are drawing strength from the spiritual links woven by the Tariqa Tijania, stressing that the Malekite rite is uniting all of the Senegalese and Moroccan confraternities.

The secretary general of the Rabita (association) of Moroccan and Senegalese ulema (Islamic theologians) Barham Diop, paid tribute to the sovereign and stressed that the meeting reviewed issues related to the Islamic nation. We have also expressed our admiration for the Sovereign’s action and praised his openness, he added. 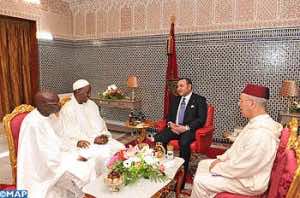 For Moroccan minister of Habous and Islamic affairs, Ahmed Taoufiq, the meetings are tokens of the solid spiritual links existing between the two countries.

The minister who was present at these meetings said the Senegalese religious dignitaries expressed to the sovereign their attachment and faithfulness to these ancestral spiritual relations and some of them paid allegiance to the Sovereign as Commander of the faithful.