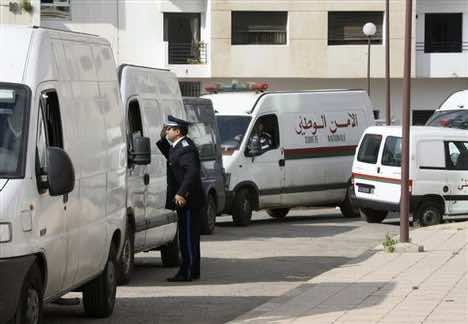 A recently detained high ranking police officer working in the area next to Fez-Sais airport stood today before a committee affiliated to the General Inspectorate of National Security to reveal information about illicit relations linking senior security officials to a group of dangerous gambling clubs owners.

According tomorrow’s edition of daily Al Khabar, investigations with the police officer were carried out due to anonymous complaints that reached the police services accusing him of receiving bribes to cover the illicit activities of gambling gangs in the city.

According to the same sources, the police officer “provided the security services with incriminating information consisting of all the names of senior officials involved in covering the illegal activities of those gangs.”

The same source speculates the fall of “big names” involved in this scandal in the days to come.