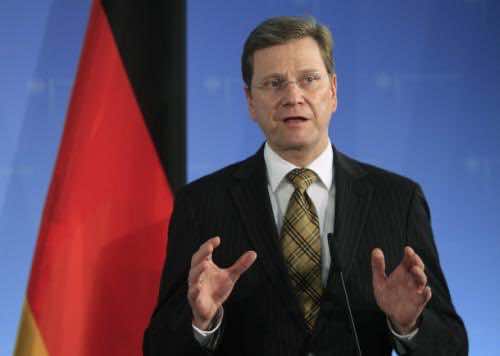 “We want to establish contact with the new government just days after it took office,” Schaefer told a regular government briefing.

“The foreign minister would like to give a show of German support for Tunisia’s reform process.”

Westerwelle, representing Europe’s top economy, is the first Western minister to hold talks with the moderate Islamist Larayedh since he took office on Thursday.

Tunisia, the birthplace of the Arab Spring, has faced intense political turmoil since the February murder of leftist opposition leader Chokri Belaid, a critic of the ruling Islamists.

Larayedh, who leads an uneasy coalition of the Islamists and two secular parties, has pledged to end the upheaval this year by adopting a new constitution, organising elections, creating conditions for a revival of the economy and restoring security.