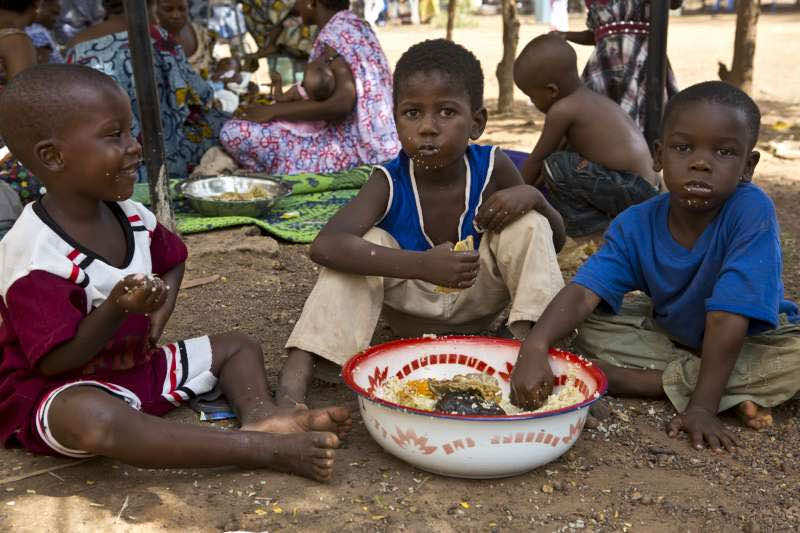 The international community must continue its efforts to help feed people in the Sahel, the head of the United Nations World Food Programme (WFP) said today, following a visit to the West African region marred by high levels of food and nutrition insecurity, as well as the effects of the conflict in Mali.

“The Sahel is facing a double threat: instability, caused by a conflict that has sent refugees across its borders, and chronic hunger, caused by cycles of drought and poor harvests. Last year the international community helped avert a crisis in the Sahel, but our work is not over,” WFP Executive Director Ertharin Cousin said in a news release.

She spent five days in Burkina Faso and Mali, which along with Cameroon, Chad, the Gambia, Mauritania, Niger, Nigeria and Senegal, comprise the Sahel. Last year the international community provided $1.2 billion in assistance to feed around 10 million people in the region.

While in Burkina Faso, Ms. Cousin visited a refugee camp in the village of Mentao. She also stopped by programmes supported by WFP, its donors and partners, aimed at building up communities’ resistance to drought, including a local nutrition centre, a school feeding programme and a soil conservation project.

Referring to programmes that help farmers improve their yields and bring their produce to markets, as well as projects that create community assets, such as irrigation systems, and strengthen the local economy, Ms. Cousin said, “It is not a matter of ‘if’ there will be a drought, but ‘when’. If we continue to follow through with what we started last year, we can truly build resilience in the Sahel.”

In Mali, Ms. Cousin met yesterday with displaced people in Mopti, a central Malian town considered the gateway to the country’s north. From there, WFP is sending food by road and riverboat to Timbuktu further upstream.

“People are still suffering; the crisis is not over. It is not safe in many of the communities in the North and people cannot go home. We need to continue to provide support so children can continue to receive food assistance,” Ms. Cousin said following the visit to Mopti.

Northern Mali was occupied by radical Islamists after fighting broke out in January 2012 between Government forces and Tuareg rebels. Parts of the area still remain out of reach to aid workers, WFP said.

The conflict uprooted hundreds of thousands of people. According to WFP, Burkina Faso now hosts more than 47,000 Malian refugees. In Niger, WFP provides food assistance to about 50,000 refugees, and in Mauritania, around 74,000 refugees receive assistance.