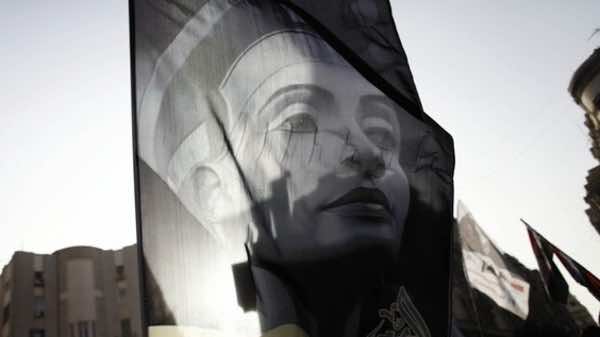 We’ve heard of the jinx of the Sphinx, mystic curses from the lands of Ancient Egypt and the odd sprinkle of magic over all things mysterious.

But recent claims from a prominent Egyptian preacher have perhaps reached new heights.

This week, Hegazy called on the Palestinians in the Gaza Strip not to watch the channels because they were “Pharaoh’s magicians.”

“Pharaoh (Ramses II) had only one Haman but now there are 1,000 Hamans in Egypt,” Hegazy said in reference to Haman, who along with Pharaoh, were believed by Muslims to have rejected Prophet Moses’ call to worship God.

During the speech, delivered at a conference called “The Palestinian Cause in the Shadow of the Arab Spring,” the preacher criticized Egyptian magazines and dailies that accused Hamas of targeting and killing Egyptian forces during the “terrorist” Rafah attack.

“We in Egypt do not believe what is published in newspapers,” he said, the Egyptian daily al-Masry al-Youm reported.

Recently, members of Islamist groups in Egypt have spoken out against the many televised news talk shows and presenters that appear to be overtly against the country’s Islamist rule.

“Quality assurance in Egyptian media is direly needed across the board,” Dr H.A. Hellyer, of the Brookings Institution and specialist on Egyptian politics told Al Arabiya English on Monday.

“The irony is, however, that the government that Hegazy directly supports has not taken such reforms seriously at all. If anything, the state media has simply switched allegiances, and pro-Islamist independent media has hardly been leading the way in non-polarizing news,” Hellyer added.

Meanwhile, ties between Gaza and Egypt were shaken after an Aug. 5 attack last year in which gunmen in the Sinai Peninsula, next to Gaza, killed 16 Egyptian soldiers. The incident raised new worries about the smuggling of weapons and militants through border tunnels, and Egypt is investigating whether the assailants had ties to Gaza.

Hegazy added that Arab Spring revolutions “will succeed” and that Jerusalem will be the capital of the Islamic Caliphate. This was similar to a comment he made last year.

“Peace with Israel is not a strategic option. There will be no peace and no surrender. The Palestinian land will be freed despite the Jews’ [will],” he said.

Last year, before Islamist Mursi took office, Hegazy caused uproar while he was rallying for Mursi.

In a speech, he said if Mursi became president, Egypt’s new capital would no longer be Cairo; it would be Jerusalem.

“Our capital shall not be Cairo, Mecca or Medina. It shall be Jerusalem with God’s will. Our chants shall be: ‘millions of martyrs will march towards Jerusalem’,” prominent preacher Safwat Hagazy said, according to the video aired by Egypt’s religious Annas TV in June 2012.

“The United States of the Arabs will be restored on the hands of that man [Mursi] and his supporters. The capital of the [Muslim] Caliphate will be Jerusalem with God’s will,” Hegazy said, as crowds listening to him cheered, waving the Egyptian flags along with the flags of the Islamist Hamas group, which rules the Gaza Strip.

More recently, Hegazy also kicked up a fuss when he told Al Arabiya earlier this month that that Shiite Islam “will never exist in Egypt.” He had been commenting on Iranian President Mahmoud Ahmadinejad’s recent visit to Egypt.

“Any country’s intervention in another country to spread its own doctrine means either that this country has a new religion to spread or that it believes the old religion is more valid,” he said.

Hegazy claimed the International Union of Muslim Scholars has researched Shiite Islam within the Sunni world, alleging that “the research includes numbers that refer to what Iran does to turn Sunnis to Shiites.”

“Were there Shiites in Egypt 20 years ago?” he asked rhetorically, before claiming that there were no Egyptian Shiites in 1973 and slamming Shia Islam as “blasphemous” and “wrong.”