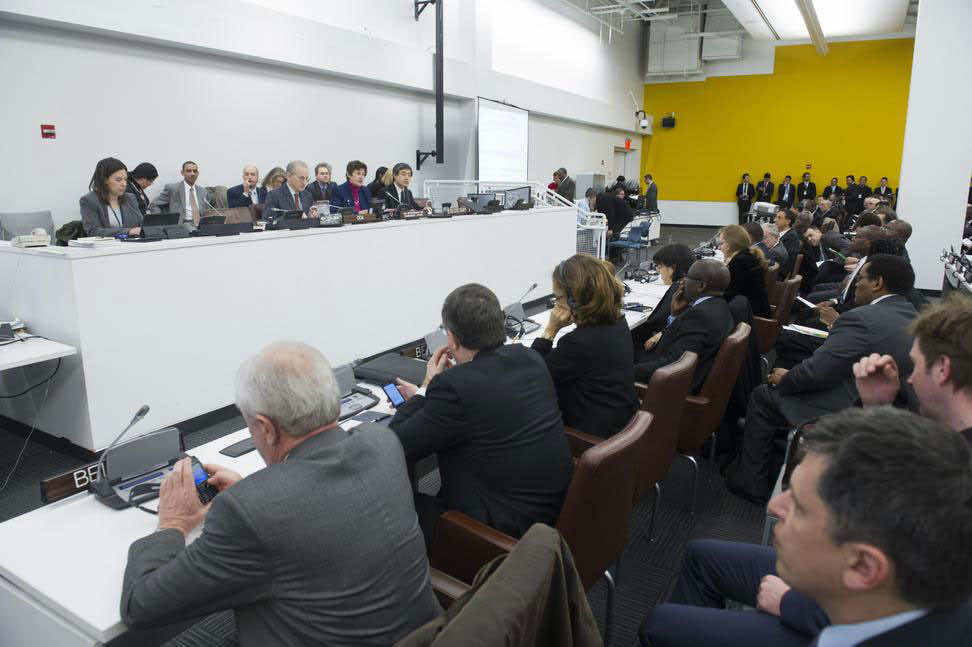 Secretary-General Ban Ki-moon today urged participants of the United Nations Final Conference on the Arms Trade Treaty (ATT) to conclude work by 28 March on a comprehensive instrument that would establish standards for international trade in conventional weapons.

“You are not here to initiate new negotiations. You are here to strengthen and conclude the work that has been done in earnest since the beginning of the ATT process in 2006,” Mr. Ban told representatives from 193 Member States in his opening remarks to the conference in New York.

He added that now is the time for the focus and political will to negotiate the final details and arrive at a consensus outcome during the nine-day conference. “That is the clear message of the General Assembly when it decided that this is the Final United Nations Conference on the ATT.”

The last negotiations on the ATT ended in July of last year without agreement. Disappointed, Mr. Ban described it as a “setback” but also noted that States had reached considerable common ground that can be built on.

An effective and strong ATT will put on notice warlords, pirates, human rights abusers, organized criminals, terrorists and gun runners, Mr. Ban said, and require exporting countries to assess the risk that weapons will be used to commit grave violations of international humanitarian law or even fuel conflict.

Armed violence, he noted, kills more than half a million people each year, including 66,000 women and girls.

In addition, between 2000 and 2010, almost 800 humanitarian workers were killed in armed attacks and another 689 injured, according to the UN Office for Disarmament Affairs.

“We owe this landmark UN treaty to those who have fallen victim to armed conflict and violence, to all the children deprived of a better future, and to all those risking their lives to build peace and make this a better world,” Mr. Ban said.

Some 2,000 representatives of Governments, international and regional organizations and civil society have gathered at UN Headquarters to take part in the negotiations and related events.

The process is overseen by Ambassador Peter Woolcott of Australia who took over today as president of the conference.

“My door will always be open,” he told participants during his opening statement, adding that by “working together we can make the Arms Trade Treaty a reality.”

Mr. Woolcott urged participants to focus and to reach a consensus, reminding them that “expectations are high and time is limited.”

According to the conference’s website, the proposed treaty will not interfere with the domestic arms trade and the way a country regulates civilian possession; ban, or prohibit the export of, any type of weapons; impair States’ legitimate right to self-defence; or lower arms regulation standards in countries where these are already at a high level.

An arms trade treaty will, it pointed out, “aim to create a level playing field for international arms transfers by requiring all States to abide by a set of standards for transfer controls, which will ultimately benefit the safety and security of people everywhere in the world.”