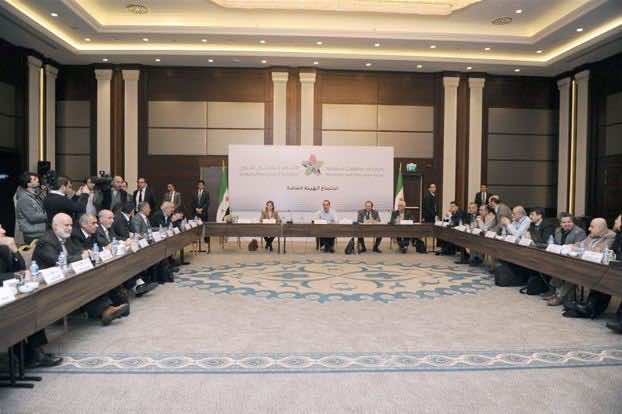 Syria’s main opposition National Council on Monday elected Ghassan Hitto, a communications executive who has lived in the United States for decades, as premier for large swathes of rebel-held territory mired in chaos and poverty.

The vote came after some 14 hours of closed-door consultations among 70-odd Coalition members, with some members describing Hitto as a consensus candidate pleasing both the opposition’s Islamist and liberal factions.

But other Coalition members withdrew from the consultations before the vote could take place, reflecting divisions within Syria’s opposition.

When the voting finally took place, a total of 48 Coalition members placed their ballots in a transparent box located at the front of a conference hall in an Istanbul hotel, where the much-awaited meeting took place.

Hitto arrived in the conference hall minutes after the count, and was met with a round of applause as he shook hands with Coalition members.