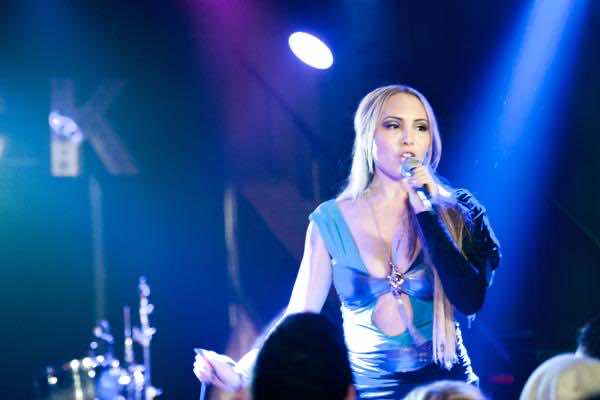 Sarah K began her musical journey at age 13; drawing inspiration from her role models among R&B artists. Mariah Carey, Lauryn Hill, and Chaka Khan inspired her the most.

Born in Vancouver, Canada, she is currently leading a successful singing career. Childhood dreams of becoming an acclaimed singer/songwriter led Sarah K to take part in different local and national singing competitions. Thanks to her sensual, soulful voice, Sarah K has managed to attract a large number of singing talent scouts from this early age.

While she spends quality time writing music based on her journey on earth, she also works on making the acquaintances of other recording artists who are pursuing the same career. Sarah K not only sings R&B songs, but also electro-dance, neo-soul, pop, and has had her vocals requested for numerous hip-hop songs.

Later this month Sarah K will be traveling to Toronto, Canada to participate in an international music summit. She is hopeful to return with a recording contact.  2013 has been a busy year. Sarah K has performed for 5-time heavyweight boxing champion, Evander Holyfield. She flew to Cuba to film her video for, “Runnin’ Away”, and her last nightclub show was sold out for the filming of her upcoming music video for, “High Expectations.” Sarah K has also donated her time to sing at a number of charity events.

“Fly,” the latest song released by Sarah K, is about overcoming the judgments of others, bullying and inspiring people to believe in themselves. A principled philanthropist, Sarah K has supported anti-bullying causes and has raised money for charities in many respects. “One-hundred percent of all sale proceeds go to Amanda Todd Foundation and CKNW Orphan’s fund.” In 2010, she participated in the 2010 Miss BC Pageant where she hosted a “Cops for Cancer” fundraising concert. 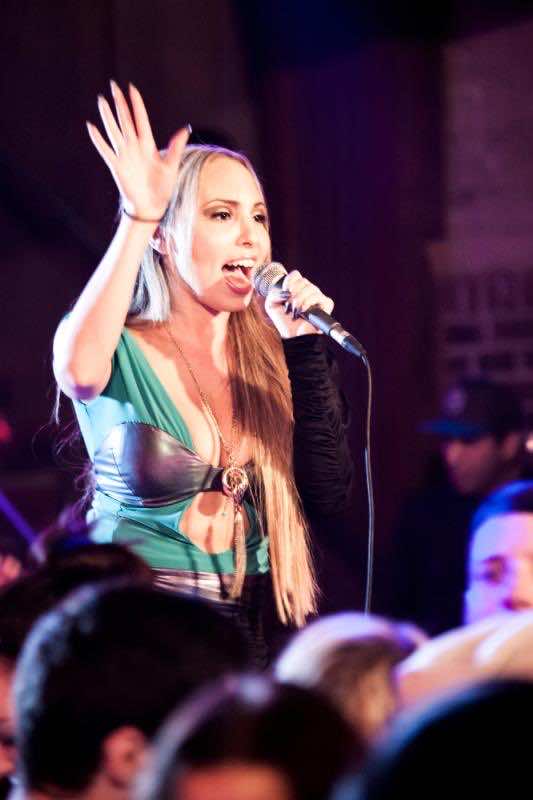 Despite her fame and victory as a singer, Sarah K has never forgotten her Moroccan origins. On the contrary, she frequently reminisces about her ancestral homeland. “I typically travel back to Morocco every 5 years. My parents and my sister just got back from Morocco a few weeks ago after a three-month visit,” Sarah K said.

With her tenacity that motivates her current success, Sarah K intends to realize more dreams and make herself more well-known all over the world. “When I launch my debut album in a couple months, I would like to make a trip through Europe and North Africa to visit family and promote my album,” she said.

Out of pride and uncompromising passion for Morocco, Sarah K has set out to introduce the country to Canadians and her fans. “Morocco is very special to me. In Canada there isn’t a large Moroccan community, so when I do interviews, or when a random person asks me what my ethnicity is, I always have fun making them guess. No one ever gets it right. I love telling people that I am Moroccan because it is a unique exotic place that a lot of people have heard of, but don’t know a lot about. Everybody is very curious.”

Out of loyalty for the traditions of Morocco, including eating habits and singing, Sarah K has always done her utmost to preserve them in her life and with her family, and to practice them in recognition of her Moroccan identity.  “I love how Moroccans embrace music in their daily lives. I can recall being at my grandparents’ house in Casablanca and watching as the family gathered around to play drums and sing all together; like a well rehearsed band. It is a vivid memory that I have. I also love the food especially tagine and couscous. Mint tea is a favorite of mine. I like the way they pour the tea from high above the cup.”

Throughout her singing career, Sarah K has owed a great debt of gratitude to Moroccans for their encouragement and for their pats on her shoulder. “Thanks to the encouragement of Moroccans, I have realized many of my dreams.”