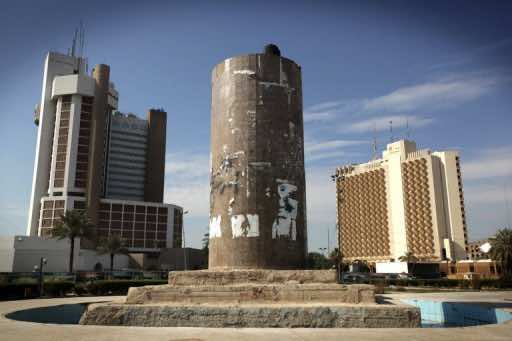 Famous the world over for housing masses of foreign journalists during the US-led invasion of Iraq, the Palestine Hotel has since undergone a makeover and looks brand new. Now all it needs is customers.

From employees cleaning dust off the faux marble to guards waiting to guide visitors through a metal detector, the 18-storey property’s two-year facelift has it talking a big game since it reopened last year. 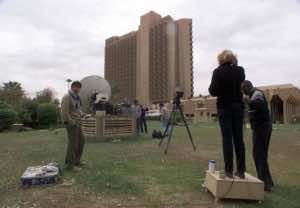 As a sign of the majority government-owned hotel’s clout in a city with frequent power outages, he adds, “by order of the minister of electricity, the power never cuts.”

On the ground floor, Dhafer Thair Nuri and his fiancee Saja Ali Hashim are welcomed into a massive reception hall, where they are going to hold a big event for friends and relatives.

“The managers saw that we are a young couple looking to start our lives,” Saja explains. “They gave us a good price.”

Hassan, the hotel manager, enthuses, “This is not a hotel — it is a tourist complex.”

Once filled to the brim with foreign journalists, the Palestine’s rates now start at $200 a night, and visitors can also enjoy cocktails at the panoramic 18th floor bar, where most drinks cost $15 or more.

But despite its best efforts, the hotel is still struggling to attract customers, with just a 35 percent occupancy rate, according to Hassan.

As a result, employees wait idle in hallways and lobbies, testimony to Baghdad’s struggle in attracting a business clientele, to say nothing of deep-pocketed tourists.

“Iraq is safe,” Hassan insists. “You can walk down the street safely.” 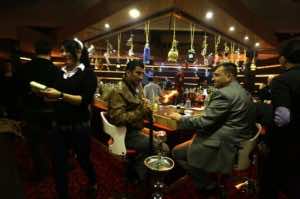 Violence has indeed fallen from its peaks in 2006 and 2007, when Iraq was embroiled in a brutal sectarian war, but hundreds of Iraqis are still killed every month in attacks, many of them in Baghdad.

The Palestine was built in 1982, in the early years of Saddam Hussein’s rule, and was managed by the Le Meridien group. The chain pulled out, however, after crushing sanctions were imposed on Iraq following Saddam’s 1990 invasion of Kuwait.

But the hotel rose to international prominence a decade ago, during the invasion of Iraq.

“This was where foreign journalists stayed,” says Patrick Forestier, a reporter for French weekly Paris Match who stayed in the hotel throughout March and April 2003, as foreign troops were taking control of the country.

“I saw the first American tanks on the streets of Baghdad” on April 8 2003, he recalls. In front of the Palestine, “people were applauding, but they were amazed.”

“They could not imagine that the Americans were so close to Baghdad.”

The following day, Forestier was again at the forefront of international attention, as a group of Iraqis, aided by American forces, famously pulled down a statue of Saddam on Firdos Square, directly outside the Palestine.

But along with being a viewpoint for journalists to watch the invasion progress, the Palestine also suffered its own wounds from the violence.

On April 8, 2003, a shell fired by an American tank crashed into the hotel.

“I felt everything shaking, and I lost consciousness,” says Faleh Kheiber, who was a Reuters photographer at the time, and was on a balcony on the 15th floor of the hotel when the shell hit. Kheiber was left badly wounded.

“The last thing I remember is being blinded, but I managed to take some photos before falling down.”

Two of his colleagues — Spanish cameraman Jose Couso and his Reuters colleague Taras Protsyuk, from Ukraine — were killed.

Their deaths sparked a major controversy: US forces insisted they thought they were being threatened by Iraqi snipers in the Palestine, but journalists have roundly said they saw no shots coming from the hotel.

The Palestine has been targeted since, as well.

In October 2005, the Palestine and the adjacent Ishtar Sheraton were hit by a massive blast that killed 17 people, and in January 2010, a series of coordinated bombings at hotels, among them the Palestine, left 36 dead.