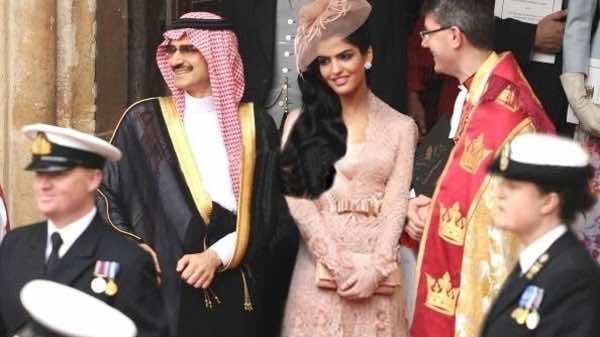 Saudi Princess Amira al-Taweel took pole position this week on a list of the most popular Saudi women on micro-blogging site Twitter, after the number of her followers reached 662,170, pan-Arab daily Asharq al-Awsat reported on Tuesday.

Princess Amira also came in at number 19 among the most influential Saudi figures on Twitter, the daily said, citing a report on social media in the kingdom.

Among the most popular female Saudis on Twitter, artist Rim Abdullah came in second with 404,078 followers while television presenter Lujain Omran came in third with 195,264 followers.

Ruqaya al-Mohareb, rhetoric of science instructor at Princess Noura University, came in fourth with a number of followers of 194,437. Owner of the account “Zhour” (flowers) came in fifth with 188,704 followers and writer Badria al-Bishr came in sixth with 185,592 followers.
Earlier this year, Saudi Crown Prince Salman bin Abdul-Aziz launched his account on Twitter, attracting more than 200,000 followers after his first tweet.

In his first post on Feb. 23, @HRHPSalman wrote: “This is the official and only account of His Royal Highness Prince Salman bin Abdul Aziz Al Saud, the crown prince of the kingdom of Saudi Arabia.”
Saudi Arabia has three million Twitter users, more than any country in the Middle East, with a growth rate of 300 percent year-on-year, according to a recent report by The Social Clinic, a Jeddah-based social media consultancy.

Between 2011 and 2012, the number of Twitter users in the kingdom grew by 3,000 percent. The kingdom accounts for an estimated 50 million tweets per month most of which made in the Arabic language.