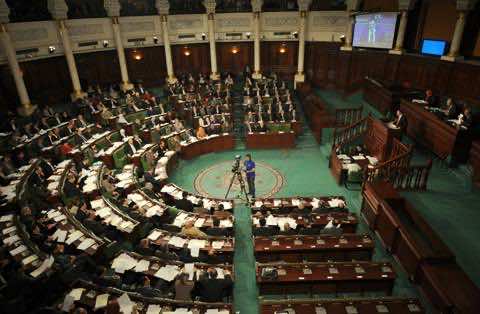 Human Rights Watch on Wednesday called on Tunisia to “urgently” repeal its criminal defamation law, which can lead to
two years in jail and which it said has a “chilling effect” on freedom of speech.

“Tunisian authorities should urgently amend the countrys law on defamation to make it conform to international norms on freedom of expression,” the New York-based press watchdog said.

“These standards hold that defamation should be considered a civil matter, not a crime punishable with imprisonment,” it added.

“Criminal defamation laws have a chilling effect on freedom of expression and work against the public interest by deterring people from speaking out about corruption or other misconduct by public officials,” said Eric Goldstein, HRW’s deputy director for the Middle East and North Africa region.

The press watchdog highlighted the case of Olfa Riahi, a blogger who posted information about the alleged squandering of public funds by former foreign minister Rafik Abdessalem, before he stepped down earlier this month.

It also cited the defamation charges brought against Raja Ben Slama, a university professor, for accusing an Islamist MP overseeing the drafting of the new constitution of attempting to limit freedom of expression.

They face up to two years in jail if convicted of mistakenly accusing an official of wrongdoing.

Tunisia’s secular opposition has regularly accused the ruling Islamist party Ennahda of seeking to restrict freedom of expression and Islamise society, relying in particular on repressive laws dating back to the regime of deposed dictator Zine El Abidine Ben Ali.