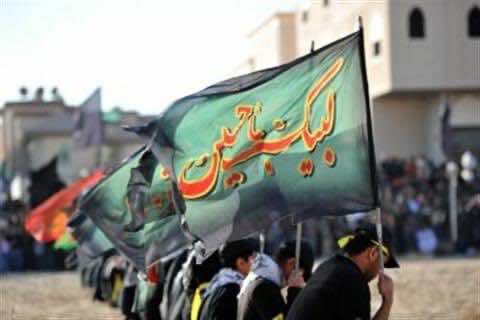 Tensions between Saudi Arabia and its Shi’ite Muslim minority could worsen if 16 detained Shi’ites are charged with spying in a case linked to Iran, community leaders said on Wednesday.

The government has blamed unrest among Shi’ites in the Qatif district of oil-producing Eastern Province on an unnamed foreign power, seen as code for Iran, something local activists have denied. Sixteen people have been killed in Qatif in clashes with police in the past two years.

Shi’ite activists said several members of their community had been arrested in the past four days across Saudi Arabia and their families had not been able to contact them.

Late on Tuesday the Interior Ministry said the intelligence service had detained an Iranian, a Lebanese and 16 Saudis for spying. Sunni Muslim Saudi Arabia and Shi’ite Iran are rivals for influence across the region.

Those detained included two clerics, a banker, a paediatric doctor and a university professor, Shi’ite activists said. They were arrested in Riyadh, Mecca, Jeddah and Eastern Province.

“These people are not at all known as politically active. They are active only in normal religious practices. So these accusations are really strange. This whole story is damaging relations with the community,” said one Shi’ite leader, Jafar al-Shayeb.

Shayeb said suspects’ houses had been raided and their computers and phones taken by security forces.

The Interior Ministry said the men “were gathering information about installations and vital areas in the country” and that they were “working for a foreign country”.

The six Gulf Arab states have repeatedly accused Iran of “meddling” in the area, something Tehran denies.

However, Shi’ites contacted by Reuters said they feared the arrests were aimed at uniting Saudi Sunnis after recent displays of low-level dissent, including small protests and rare public criticism from a leading conservative cleric.

“Most people here are explaining this as an attempt to make scapegoats. The government wants to detract attention from the demands for reforms,” said Tawfiq al-Seif, a prominent Shi’ite community leader.

Seif said despite government accusations that people involved in protests were working for a foreign power, the claim had not been raised when they faced trial.

Saudi Shi’ites say they face persistent discrimination in getting public sector jobs and worshipping freely, charges the government of the Sunni-majority kingdom denies.

Shi’ites also say they are often unfairly portrayed by officials and Sunni clerics as having loyalty to Iran.

On Tuesday, Arab News daily reported that three Saudis had been sentenced to prison for spying on Saudi Arabia’s state oil company by stealing hard drives. It was not clear whether the two cases were related.

Investigators said in September that a cyber attack intended to stop production at Saudi Aramco was carried out by insiders. Aramco later linked the attack to hackers in foreign countries.