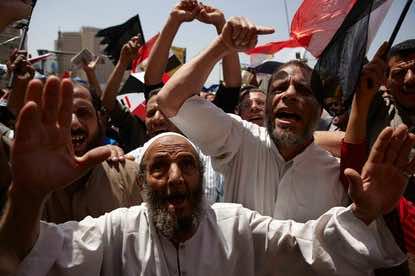 Egypt has granted the Muslim Brotherhood non-governmental organisation status, a minister said on Thursday, a day after judges said the Islamist movement had no legal standing.

The once banned movement, now in power, has come under increased scrutiny by the opposition and the largely hostile media, who say it is a secretive group with too much influence over President Mohamed Morsi, a former Brotherhood leader.

As a registered civil society organisation, the Brotherhood would be forced to disclose its funding.

Banned for decades, the Brotherhood has kept its finances secret. It had insisted it won court rulings under overthrown president Hosni Mubarak that established its legality.

A panel of judges on Wednesday said the movement had no legal status, in an advisory opinion to a court that is examining a petition to dissolve it.