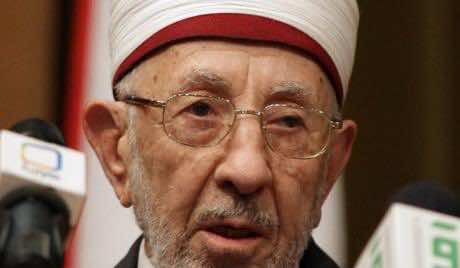 Syria’s opposition chief Ahmed Moaz al-Khatib condemned as a “crime” a Damascus mosque bombing that killed a senior cleric on Thursday, saying he suspected the regime was behind the attack.

“We categorically condemn the assassination of the scholar Dr Mohamed Saeed Ramadan al-Bouti,” he told AFP in Cairo on the phone. “This is a crime by any measure that is completely rejected.”

“Whoever did this was a criminal… and we suspect it was the regime,” he said, accusing President Bashar al-Assad’s forces of killing another cleric, Riad al-Saad, a few days ago.

Khatib, himself a cleric, said he had known Bouti, who was widely esteemed for his erudition in Islamic theology, but had disagreed with him over his vociferous support for Assad.

“Our religion and values do not allow to treat differences of opinions through killings,” he said.