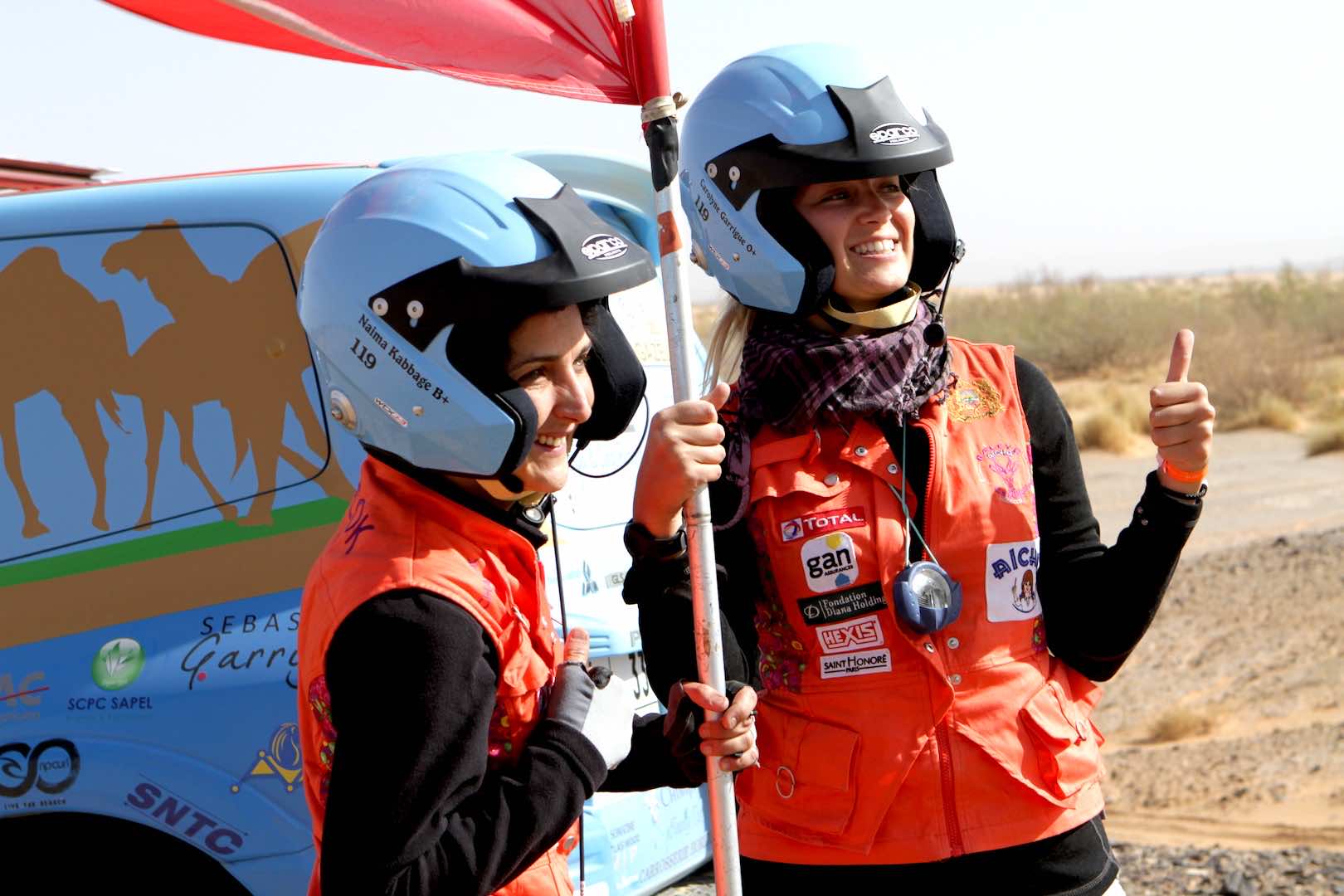 The gazelles arrived at the race’s first bivouac on March 20th under a radiant sun. All 300 competitors left the Xaluca Hotel in the morning after the calibration of their vehicles to reach the starting point of the prologue.

The beginning of the real race doesn’t present any risk, without major technical difficulties for driving or navigation. 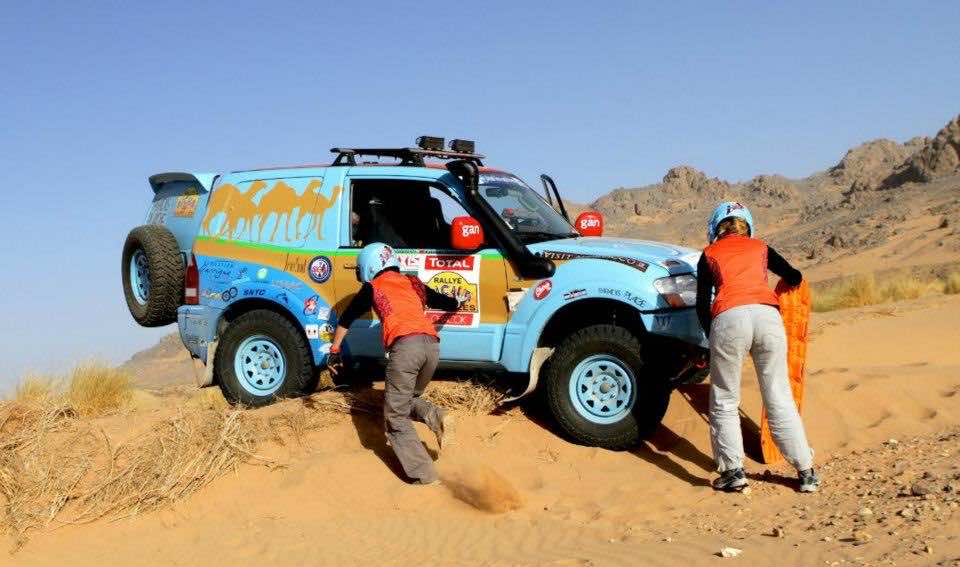 But that is in theory only. It is an opportunity for the gazelles to test the capabilities of their vehicles in various fields, to develop their navigation technique, their teamwork and to have a first impression of what to expect starting tomorrow.

This start tends to unveil technical problems which, despite all the preparation for the race, can be overlooked by gazelles. Crew number 193 (Adelaide Wool/Fabienne Hirel) realized only after putting on their helmets that the seat of their vehicle was positioned too high, touching the ceiling and preventing them from being comfortably seated to start the race. 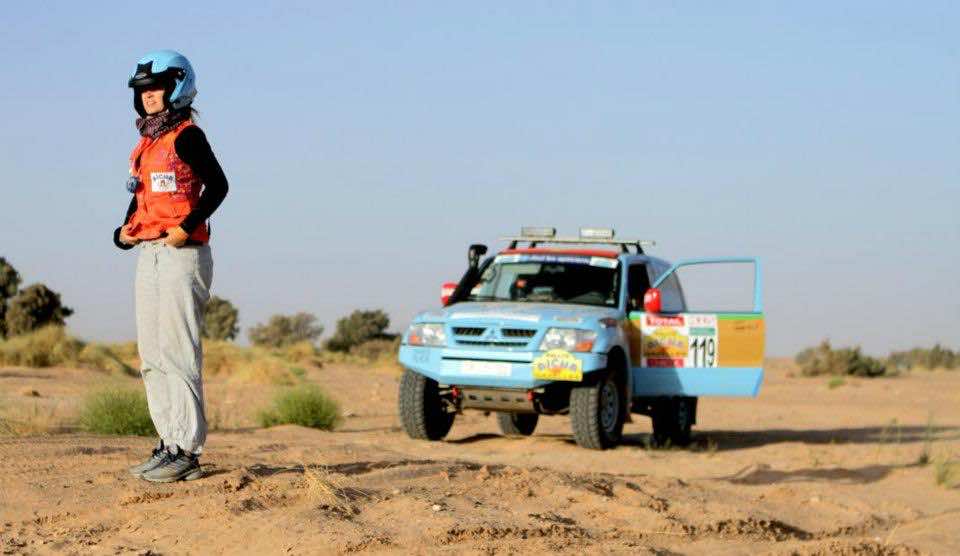 It was not until they returned to the camp that the mechanics were able to prepare the 4×4, allowing them to begin the first step of the RAG in optimal conditions.

For the crews who have already participated in the Rally, such as the 176 or 227, it was just a formality. For those attending the RAG for the first time, one could already see signs of distress when dealing with certain sections. 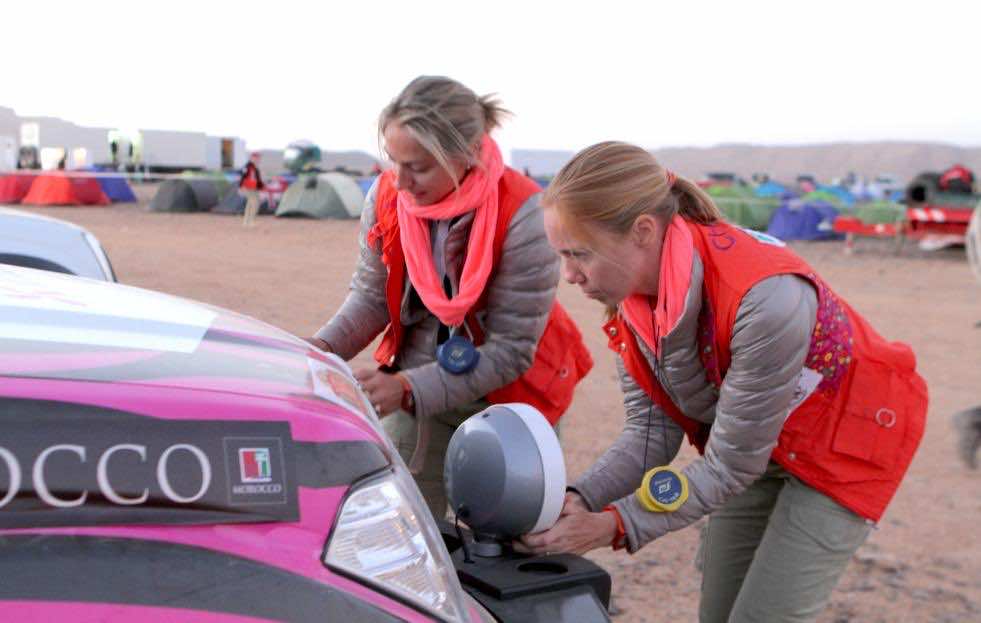 Crew number 176, who likes to get attention, had to change its IRITRACK on the starting line.

This satellite positioning device allows the RAG’s control station to locate crews and allows them to send a distress signal when needed. As if it wasn’t enough, Bénédicte and Jamila had to do without their kilometer counter, which was disconnected during reparations.

Number 119, Naima and Carolyne, returned first from the Prologue! Novices worth watching! 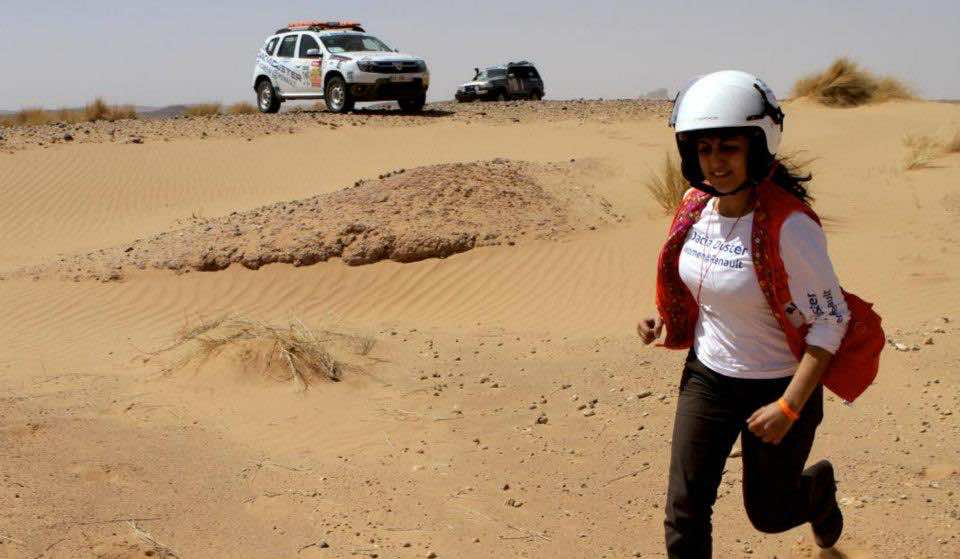 Crew 195 experienced its first “tankage.” Number 315 and 224 came in the pack and number 197 preferred to arrive at night to hit the last tag.

After 73 km without any major obstacles, the gazelles could see the flamingos on the lake near the bivouac. 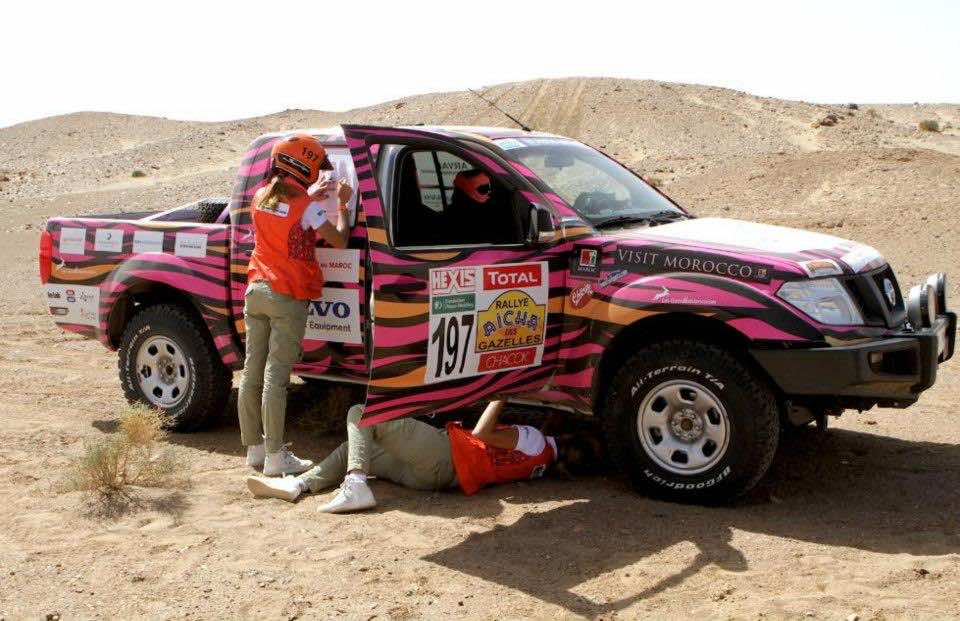 It is usually hot in the cockpits of the over-equipped race cars designed to face the harsh desert conditions. Wednesday was no exception, with a scorching sun that made it even harder until 4 in the afternoon. On the finish line, one could read the feeling of relief and apprehension on the gazelles’ faces. They know that they could expect tomorrow to be much harder than today.