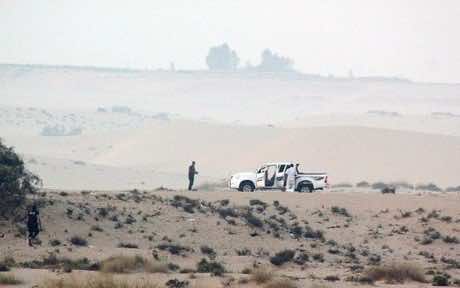 Armed Bedouin tribesmen in Egypt’s Sinai abducted two tourists, an Israeli man and a Belgian woman, on Friday as they were travelling between two beach resorts, police officials said.

The gunmen intercepted the tourists’ car and forced them into their truck, the officials said. The tourists had been travelling between the southern resort of Taba, on the border with Israel, and Dahab.

Such hostage takings, which usually last for no longer than 48 hours, began in the restive Sinai peninsula after an uprising in early 2011 forced out president Hosni Mubarak and battered his security services.

The kidnappers are Bedouin who want to trade the hostages for jailed tribesmen.

Bedouin kidnapped two Britons on March 7, only to release them within hours following negotiations with security officials.

The British husband and wife had been kidnapped from a bank in a town as they headed towards the Red Sea resort of Sharm el-Sheikh.