Israel’s Prime Minister Benjamin Netanyahu on Friday apologised to his Turkish counterpart Friday for the deaths of nine Turks in a 2010 raid on a Gaza-bound flotilla, a senior US official said.

“On behalf of Israelis, he apologised for any deaths those operational mistakes might have caused,” the official said aboard Air Force One, indicating the exchange had taken place in a phone call. 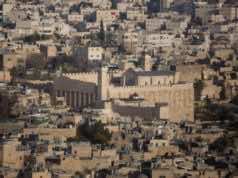