Morocco World News
Home Education How should grammar be taught? 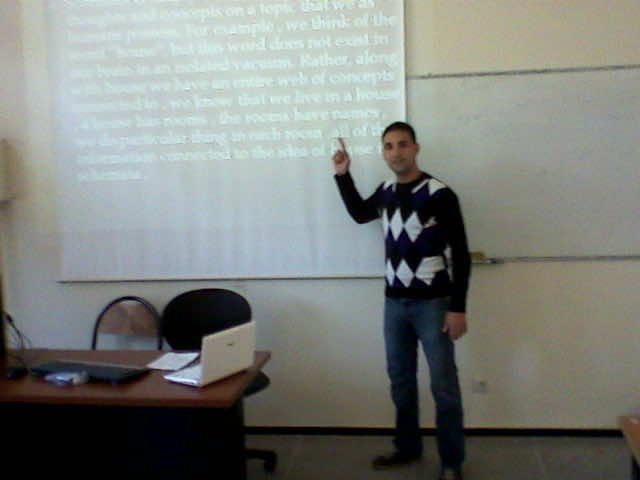 Grammar is the backbone of any language. It is the womb that gives birth to sentences. These sentences are fertilized using grammar to form correct and appropriate speech. Teaching grammar requires numerous skills and different activities. Grammar teaching can either consist of the presentation and practice of grammatical items or might consist of presentation by itself without any practice. Further, grammar teaching can be conducted simply by exposing learners to input contrived to provide multiple exemplars of the target structure. Additionally, grammar teaching can be conducted by means of feedback on learners’ errors when these arise in the context of performing some communicative tasks. Let’s say that grammar teaching involves instructions, techniques, skills and activities that can help learners to understand process and produce grammatical sentences and utterances. So, should grammar be taught? If so, what grammar, how and when?

Teaching grammar has provoked  heated debates concerning educational pedagogy. Some points of view claim that teaching grammar is useless and has no role. They claim that learners appear to follow a natural order and sequence of acquisition. Better phrased, learners master different grammatical structures in a universal order and they follow a sequence of stages of acquisition. In the same vein, Krashen (1981) argues that grammar instruction played no role in acquisition as long as learners will naturally and automatically acquire grammatical structures. .

Grammar instruction can contribute to learning but this is of limited value because communicative ability is dependent upon acquisition. On the other hand, some studies show that teaching grammar is useful. They base their claim on comparing the order of acquisition of instructed and naturalistic learners (Pica, 1983). As a result, the order of acquisition was the same for both types of learners, but instructed learners generally achieved higher level of grammatical competence. In other words, instructed learners progressed more rapidly and achieved higher level of proficiency. Some researchers concluded that teaching grammar is beneficial, but to be effective, grammar has to be taught in a way compatible with the natural processes of acquisition. That is, the earliest to teach grammar the better result will be.

. Different teachers use different models. They might either use structural, generative, or functional grammar. Structural grammar focuses on form. Functional grammar gives more attention to functions performed by grammatical forms. However, syllabus designers and teachers prefer to rely on modern descriptive grammar such as Celce-Murcia and Larson-Freeman’s (1999) grammar book. This resource is of great value because it provides both comprehensive and clear descriptions of English grammar. It also identifies the kinds of errors that L2 learners are known to make with different grammatical structures.

The focus is on both form and meaning. However, the choice of grammatical structure poses two different views. Krashen (1982), on the one hand, argues that grammar teaching should be limited to a few simple rules such as third person-s and past tense-ed that can be used to monitor output from the acquired system. On the other hand, we have comprehensive position, which argues that grammar of the target language should be taught as a whole. More importantly, before a teacher selects his choice he/she has to bear in mind the learning difficulty; the difficulty learners have in understanding grammatical feature. To avoid this, two approaches are helpful. The first one has to do with teaching grammatical features that differ from the first language. The second one has to do with defining whether a grammatical feature is in some sense frequent, unnatural from a regular patter.  Next, the question of timing will be addressed

Grammar teaching can either be massed or distributed, and intensive or extensive. First, we need to consider whether it should be concentrated into a short period of time or spread over a longer period. Some researchers have shown that the massed grammar teaching offers fruitful results. For example, Collins, Halter, Lightbown, and Spada (1999) reported their study of three intensive ESL programs in Canada. They found that the massed students outperformed the distributed program students on most of the measures of learning, including some measures of grammatical ability. However, this study needs further research either challenge or confirm these results

Grammatical knowledge can be held implicitly or explicitly

Explicit grammatical knowledge consists of the facts that speakers of a language have learned. Explicit knowledge is held consciously, is learnable and can be verbalized, and is typically accessed through controlled processing when learners experience some kind of linguistic difficulty in using the L2. Implicit knowledge on the other hand is procedural and held unconsciously. It is accessed rapidly and easily and this is available for use in rapid, fluent communication.

In deductive teaching, on the other hand, a grammatical structure is presented initially and then practiced in one way or another. The use of the two approaches mentioned above  depends on the situations and the kind of rules being taught, and it also depends on the knowledge the learners have.

Teaching grammar explicitly can be done through drills and activities. The teacher, in turn, reacts through giving corrective feedback either implicitly or explicitly. In other words, a teacher can correct errors directly or indirectly (the feedback is masked). Variety is really the key. There’s nothing wrong with mechanical exercises – gap-filling, sentence transformation and so forth. These can help learners to grasp the form of a complex structure at the outset without having to think too much about the meaning.

But it’s important to move on to activities where the structure is used in more interesting and realistic ways. Long (1988,1991) and Doughty (2002) have argued strongly that focus on form is best equipped to promote interlanguage development because the acquisition of implicit knowledge occurs as a result of learners attending to linguistic form at the same time they are engaged with understanding and producing meaningful messages. Then, the grammar instruction should take the form of separate grammar lessons and should be integrated into communicative activities.

To conclude, I can say that grammar teaching should be taught through focus on both form and meaning. Also, grammar is best taught to those who have already acquired the ability to use the language. Further, explicit instruction can help implicit knowledge to be developed into producing meaningful sentences in communicative situations. Generally speaking, variety in approaches and activities is very important in teaching grammar because, due to this variety, we can meet the needs of different learners and profiles we have in the classroom. Subsequently, learners can integrate what they learn in real life situations.

Majid Dardour is a master student in the faculty of Letters and Human sciences in Kinetra, Morocco.