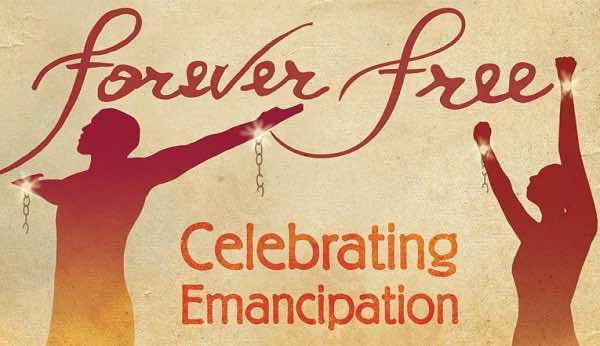 Every day sees visitors breaking down in tears while touring 97,000-square-foot Elmina Castle, west of Cape Coast, Ghana. Built in 1482 by the Portuguese as a gold trading post on the Gulf of Guinea, it was turned into a fortress for the transatlantic slave trade by the Dutch in 1637.

These days tourists get to see the once-luxurious suites where the European slave merchants stayed and sexually exploited female slaves. They also see the dungeons that once housed the slaves, and the dingy, dimly lit corridors that lead to the “door of no return.” This door is in the outer walls of the castle, facing the sea, and was so named because once slaves walked through it they never returned.

At the “door of no return” the slaves were led into boats that transferred them onto big ships farther down the sea, for the long and horrendous journey to the Americas. In the travel book 1,000 Places to See Before You Die, Patricia Schultz writes that by the 18thcentury, up to 30,000 slaves passed through the “door of no return” each year. Anouk Zijlma, a Malawian travel guide, says of her visit to Elmina Castle, “You can always feel the suffering in the air, it’s unsettling.”

Elmina Castle—designated a World Heritage Site by the UN Educational, Scientific and Cultural Organization (UNESCO) due to its significance—is one of many relics of slavery in Ghana and other African countries. There is Cape Coast Castle, also in Ghana, visited in 2009 by US President Barack Obama, his wife Michelle, and their daughters. President Obama said the site reminded him of man’s potential for “great evil.” Goree Island in Senegal, another slave post, equally evokes spine-chilling emotions. After visiting Goree Island in March of this year, Chernor Bah, a Sierra Leonean youth activist, wrote, “I was humbled by my experience; the history of the slave trade is vicious.”

Harvard University economics professor Nathan Nunn says that although Africa experienced four slave trades between 1400 and 1900, the transatlantic slave trade is the best known. The Portuguese started it in 1519, and by the time it ended in 1867, Britain, France, the Netherlands and others had all taken part in it. About 15 million people from West Africa, Central Africa and Eastern Africa were captured and shipped to European colonies in inhumane conditions. Around 9.6 million people are said to have survived, while millions of others died during the journey.

The transatlantic slave trade is a scar on the world’s conscience even as questions are still being asked as to why human beings inflicted such brutality on fellow human beings. Jamaican-born American sociologist Orlando Patterson refers to slavery as “social death” because slaves were perceived as incomplete humans who were not fit to be society’s members.

But the world is now speaking with one voice against the slave trade eras, and visits to former slave fortifications in Ghana, Senegal and elsewhere rekindle anger against such cruelty, past and present. Along this line, the United Nations General Assembly in 2007 declared 25 March of every year the International Day of Remembrance of the Victims of Slavery and the Transatlantic Slave Trade. The day “serves as an opportunity to honor and remember those who suffered and died at the hands of the brutal slavery system, and to raise awareness about the dangers of racism and prejudice today,” says the UN.

The UN wants all hands on deck to curtail modern slavery—a clear recognition of enslaving practices that exist even today. The UN high commissioner for human rights in 1997 established an expert team to deal with “contemporary forms of slavery,” including “debt bondage, serfdom, forced labour, child slavery, sexual slavery, forced or early marriages and the sale of wives.”

Gulnara Shahinian, the first special rapporteur on contemporary forms of slavery, says that “Women and girls who are forced to marry find themselves in servile marriages for the rest of their lives.… Nothing can justify these forms of slavery; not traditional, religious, cultural, economic or even security considerations.”

Ms. Shahinian was not speaking in abstract terms. The Public Broadcasting Service, a US-based nonprofit television network, reports that in Southern Asia, 48% of girls are married before the age of 18. In Africa the figure is 42%, while it is 29% in Latin America and Caribbean. The International Center for Research on Women, a US-based nonprofit organization that supports women in developing countries, provides further statistics showing acute situations in many African countries. In Niger, for example, 77% of girls marry before they are 18 years old, while in Chad the percentage is 71%.

In addition, there is the unending fight against racism. In 2006 Cameroon’s Samuel Eto’o, one of Africa’s top soccer players, memorably walked off the football pitch in protest as supporters of a rival club chanted monkey noises at him. “In that moment you start thinking whether there is something wrong with being black.” The good news is that the world’s sporting bodies are taking disciplinary measures against racists while at the same raising awareness of the need to stamp such attitudes out in sports.

Many researchers correlate Africa’s underdevelopment with the transatlantic slave trade. Mr. Nunn’s working paper “The Long-Term Effects of Africa’s Slave Trades” concludes that “the parts of Africa that are the poorest today are also the areas from which the largest number of slaves were taken in the past.” Mr. Nunn is concerned about underdevelopment in sub-Saharan Africa. Citing data from 2000 that stated $1,834 as the average per capita income for countries in Africa, Mr. Nunn notes that that figure is significantly lower than the $8,809 average given for the rest of the world. Without the slave trade, he argues, 72% of Africa’s income gap with the rest of the world would not exist. “In terms of economic development, Africa would not look different from other developing economies.”

In their research paper “The Fundamental Impact of the Slave Trade on African Economies,” Warren C. Whatley and Rob Gillezeau of Michigan University in the US concur with Mr. Nunn’s viewpoint. Resources were allocated “away from agriculture and industrial work towards slave trade,” they argue. In addition to causing depopulation, they maintain that the slave trade stunted Africa’s long-term development, sharpened divisions along ethnic and social lines and fostered a culture of violence.

Nearly two centuries since emancipation began to gain momentum, the transatlantic slave trade is still an emotional subject. Kenyan academic Ali Al’amin Mazrui is championing reparations to assist Africans in Africa and in the diaspora to deal with poverty and good governance. Mr. Mazrui says that skills transfer could be a major part of reparations because “historically, black people worldwide are damaged, marginalized and incapacitated due to the long history of victimization and exploitation.”

Many key emancipation anniversaries take place this year. It is 150 years since the emancipation proclamation in the US; 200 years since slaves were emancipated in Haiti; 180 years in Canada, the British West Indies and the Cape of Good Hope; 170 years in India; 165 years in France; 160 years in Argentina; 150 years in the Dutch colonies; and 125 years in Brazil. For the UN, scholars like Mr. Mazrui and many others, 2013 presents an opportunity both to celebrate and to refocus attention on arresting all forms of modern-day slavery.