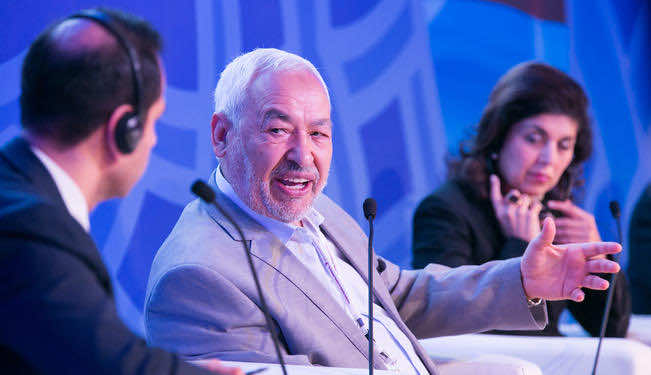 Activists gather on Tuesday in the Arab Spring’s birthplace for a global anti-capitalist event that will bring together Tunisian revolutionaries and Western protest movements united in demanding a more just world order.

More than two years after the Jasmine revolution, tens of thousands of people are expected for the World Social Forum (WSF) in Tunis, dubbed the forum of “dignity”, a watchword of the Tunisian uprising that inspired revolts across the Arab world.

Hundreds of workshops, concerts, and shows are planned in Tunis, with a “women’s assembly” and a demonstration in the city centre for the opening of the five-day event, and a pro-Palestinian march when it closes on Saturday.

Some 4,500 organisations are also expected at the “alter-globalisation” forum, which casts itself as a rival to the World Economic Forum, the annual meeting of the economic and political elite at the posh Swiss resort of Davos.

It is the first time that an Arab country has hosted the alternative event, which has its roots in 1999 street protests in the US city of Seattle but began in earnest two years later in Brazil’s Porto Alegre.

“The revolutionary processes, rebellions, uprisings, civil wars and protests” will be at the heart of the discussions, say the organisers, as will the socio-economic problems behind these events, problems that continue to plague the Arab region.

Social unrest and a political impasse continue to hamper economic recovery in Tunisia itself, where unemployment, a driving factor behind the uprising that toppled Zine El Abidine Ben Ali’s regime in January 2011, stands at 17 percent.

“Democracy, social justice, employment, the fight against corruption and embezzlement, and for greater access to education and healthcare, for freedom, dignity and citizenship: it’s a moment to reflect on the future of the revolutionary process,” noted the forum’s organising committee.

The opposition in the West to harsh austerity measures and bailout deals for ailing banks will also be key issues during the debates.

The forum certainly hopes to draw support from the shared goals of the Arab uprisings, protests in Greece, Spain’s “Indignant” movement and Occupy Wall Street in the United States, for social justice to a fairer distribution of resources.

French anti-capitalist group Attac (Association for the taxation of financial transactions and aid to citizens) has hailed the role of the WSF in linking like-minded movements in the northern and southern hemisphere seeking alternatives to “neoliberal globalisation.”

But while thousands are expected, the event is likely to be smaller and with fewer high-profile attendees than in its early years, when it attracted a host of foreign leaders, though participants remain doggedly determined.

“The political class is helpless in the face of protest movements like Occupy and Indignation, whose mobilisation took place outside institutional forums,” said Genevieve Azam, an Attac spokesperson.

Classic WSF themes such as the environment, sustainable development, immigration and the debts of developing countries will also be in focus during the forum.

But before enlightened ideas of social justice and sustainability can be debated, the organisers face more immediate logistical problems caused by a lack of funds.

“We are having real financial difficulties, because the money allocated to us by the donors did not arrive in time,” Abderrahmen Hedhili, one of the coordinators, said on Friday, without giving details of the sums involved.

Accommodation notably for participants from southern countries who cannot afford hotels is another potential problem, even with the 12,000 beds provided by the Tunisian state at schools and universities in the city.