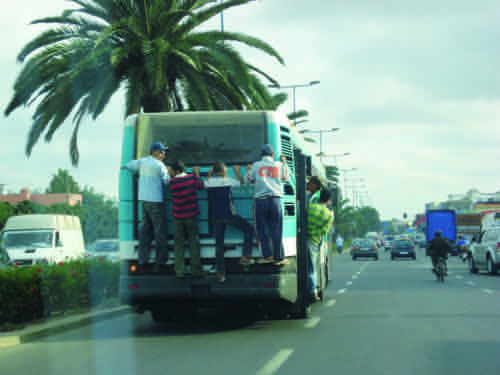 In a society where illiteracy hovers above 50 per cent, you can not expect much from it. Every nation that yearns for development and prosperity must educate its people and teach them the universally agreed upon values that are cherished worldwide. To name but a few, respect of human rights, freedom of expression, civic liberties, mutual respect and civic engagement are the concepts that people need to learn in order for them to become good citizens.

Unfortunately, what we are witnessing on a daily basis is completely contrary to the aforementioned values. The chasm between what I envision and the reality is so wide that it needs many years if not generations to be bridged.

I deliberately derived the title from one of the most renowned sayings by the German philosopher and economist Karl Marx, who said: “Religion is the opiate of the masses”. Yet I firmly believe that ignorance is the opiate of the masses. Ignorance makes a person totally alienated in his own society, thoroughly estranged within his own socio-economic group. Ignorance turns the person sightless, blind-hearted and dumb.

Ignorance does not necessarily parallel a lack of education, yet it goes hand in hand with the lack of proper social upbringing, lack of ethics and a sense of responsibility that must had been inculcated in people since childhood.

Ignorance does not necessarily mean the inability to read and write. Numerous are those whose minds are full with knowledge and academic learning, but still they are ignorant.

When an employee either in the public sector or the private ceases to go to work constantly without any reasonable excuse, he/she is ignorant . When a couple gives birth to a dozen children in spite of the fact they are poor and cannot afford the basic life necessities for their off-spring like education, food and decent shelter, they are ignorant.

When a student at the university who is supposed to be cultured and bear the torch towards enlightenment, does not opens his note-book until just the days before the exam and barely reads, considering books as trivialities, he/she is ignorant.

When students in our public schools cheer for the absence of their teacher and don’t pain themselves to go to the administration to inquire about the reasons behind this absence, they are ignorant.

When a senior minister who is expected to draft policies and road maps that lead the country to a safe shore argues in the parliament with an MP from the opposition addressing him in derogatory way telling him, “I am the prime minister and you are JUST an MP”,  he is ignorant.

When a young and healthy person takes the place of the elderly and the pregnant women in the bus, he/she is ignorant. Last but not least, when citizens drop litter and garbage in the streets, spit in public spaces, harass women, uttering a string of obscenities and profanities, they are ignorant.

If a nation wants one day to flourish and thrive, it is a prerequisite that it abides by the globally cherished values and morals, giving room to civic education and civic engagement. Beside knowledge, it is imperative that our schools start to instill in the current and next generations, a sense of critical thinking and responsibility towards themselves, their families and their society. This is the only we can have law-abiding citizens and be ready to embark on the path towards development.