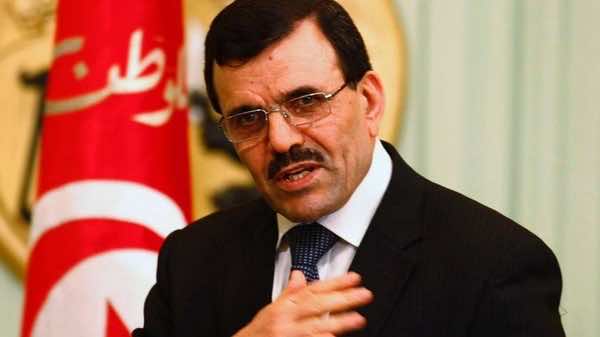 Tunisian Prime Minister Ali Larayedh said on Saturday that his country cannot legally prevent its citizens from travelling to Syria to fight.

Tunisia has recently witnessed a controversy following reports that members of Islamist Tunisian parties are involved in the fighting in Syria.

Larayedh, a leader in the ruling Ennahda Party, told France 24 channel that he is aware of the threat posed by Tunisians fighting alongside the armed opposition in Syria.

He added however that Tunisian authorities cannot prevent their citizens from going to Syria.

Larayedh revealed that Tunisians travel to Libya and Turkey under the pretext of tourism or work and later go to Syria.

“We prevented those whose parents informed us that they are leaving (Tunisia) to engage in an adventure which repercussions are not calculated from exiting Tunisia. But we cannot legally prevent a citizen from leaving the country if he says he is leaving for work or tourism,” he added.

Ennahda leader Rashed Ghannouchi said last week that his party had nothing to do with sending young men to Syria to fight Bashar al-Assad’s troops.

Also last week, Tunisia’s Constituent Assembly called on the authorities to reveal which parties are behind sending Tunisian young men to Syria to join the fighting.

On Friday, Tunisian daily “Al-Shrouq” said that Tunisian security forces disbanded networks that were working on recruiting young Tunisians to send them to Syria.

Families of young men who went to Syria to fight against the regime protested last week in front of the parliament’s headquarters and called for bringing back their sons to Tunisia.