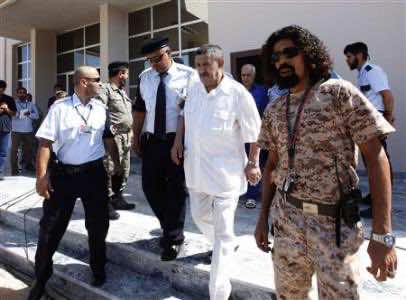 The Libyan prosecutor’s spokesman, Taha Baara, told AFP at the time that Tripoli had issued an international arrest warrant for Qaddaf al-Dam for “forging documents” while the other two were wanted for “financial crimes.”

Egyptian prosecutor Talaat Abdallah decided to hand Maria and Ibrahim to the Egyptian branch of Interpol who would then extradite them to Libya, the judicial source said.

Abdullah took the decision after wrapping up the legal procedure for their extradition, the source added.