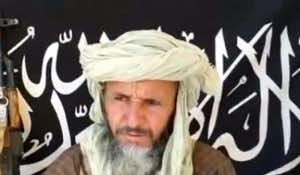 Al-Qaeda has named a replacement for a key commander of its North African branch who was killed in fighting with French-led forces in northern Mali, Algeria’s Ennahar TV reported on Sunday.

The appointment of Djamel Okacha, a 34 year-old Algerian also known as Yahia Aboul Hannam, still has to be approved by a meeting of the leadership of Al-Qaeda in the Islamic Maghreb, the channel’s boss, Mohamed Mokkedem, told AFP.

Okacha is a close aide of AQIM boss Abdelmalek Droukdel and considered the “real leader” of group, Mokkedem added.

He takes charge of the group’s operations in both southern Algeria and  northern Mali, where it had seized a vast swathe of territory last year but is now facing a massive counter-offensive by French-led troops.

His predecessor Abdelhamid Abou Zeid, 46, was credited with having significantly expanded the jihadist group’s field of operation to Tunisia and Niger, and for kidnapping activities across the region.

France confirmed on Saturday that Abou Zeid had been killed “during fighting led by the French army in the Ifoghas mountains in northern Mali in late February”.

“The elimination of one of the main leaders of AQIM marks an important stage in the fight against terrorism in the Sahel,” the office of French President Francois Hollande said.