Morocco World News
Home News International Are US Navy’s super carriers a relic of wars past? 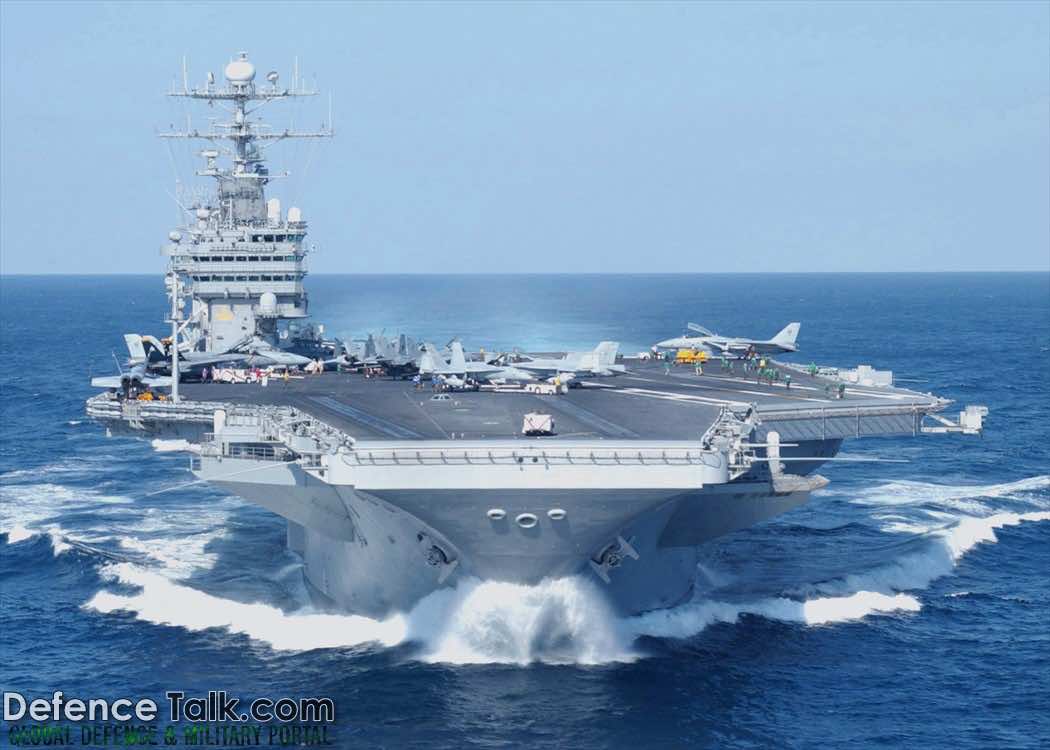 Budget pressures at the Pentagon have renewed a debate about the value of the US Navy’s giant aircraft carriers, with critics arguing the warships are fast becoming costly relics in a new era of warfare.

With the Pentagon facing $500 billion in cuts over the next decade, a Navy officer has dared to question the most treasured vessels in his service’s fleet, saying the super carriers are increasingly vulnerable to new weapons and too expensive to operate.

“After 100 years, the carrier is rapidly approaching the end of its useful strategic life,” wrote Captain Henry Hendrix in a report published this month by the Center for a New American Security, a Washington think-tank with close ties to President Barack Obama’s administration.

Changes in naval warfare mean that carriers “may not be able to move close enough to targets to operate effectively or survive in an era of satellite imagery and long-range precision strike missiles,” Hendrix wrote.

Under US law, the military is required to maintain 11 aircraft carriers. Ten are currently in service after the retirement of the USS Enterprise, which is due to be replaced in 2017 with the USS Gerald Ford, the first of a new class of “big decks.”

The new carrier carries a prohibitive pricetag of $13.6 billion, double the cost of the last aircraft carrier. And that does not count the $4.7 billion spent on research and development for the new class of carriers.

t costs about $6.5 million a day to operate a single carrier strike group, which includes five other warships, an attack submarine, an air wing of 80 fighters and helicopters, and a crew of 6,700.

But Hendrix maintains the return on the investment is paltry.

Each F/A-18 fighter in the carrier fleet has dropped roughly 16 bombs in 10 years of war, which works out to about $7.5 million for each bomb when all the costs of the aircraft are taken into account.

That compares to the cost of firing a Tomahawk cruise missile, at about $2 million each. And five naval destroyers armed with Tomahawks cost only $10 billion to build and $1.8 million a day to operate, Hendrix said.

US strategists are fixated on China’s DF-21D missile, which they fear could potentially knock out a carrier and deprive the American fleet of its dominance on the high seas.

Former Pentagon chief Robert Gates cited the anti-ship missiles and other hi-tech weapons in a speech in 2010 in which he questioned whether it was worth spending billions on more carriers.

“Do we really need 11 carrier strike groups for another 30 years when no other country has more than one?” Gates told retired naval officers.

Advanced missiles and stealthy submarines “could end the operational sanctuary our navy has enjoyed in the Western Pacific for the better part of six decades,” said Gates, who referred to carriers as potential “wasting assets.”

His remarks alarmed naval leaders, and the latest dissent has failed to dissuade most officers, who view the big decks as crucial and note that China is deploying its own carrier.

Pete Daly, a retired vice admiral who once commanded the USS Nimitz carrier strike group, defended the ships as a vital element of US military might.

To hit deeply buried targets, fighter jets flying off a carrier were more effective than Tomahawk missiles, and knocking out a super carrier is “very, very hard,” said Daly, now head of the US Naval Institute.

As for China’s missiles, “it was an additional threat to take into account,” Daly told AFP. But he added: “The US Navy is very aware of this and has plans to deal with it.”

The cost of the carriers had to be compared with the huge funding required to protect and supply air bases and troops on land, as illustrated by the wars in Iraq and Afghanistan, he said.

And the carriers could be ordered in without the political strain associated with a drawn-out ground war.

“The American people are very wary of commitments ashore, there’s no appetite to go in and have a ten-year presence in some place,” said Daly.

“Here you have a force that can go to a location, deal with a task ahead and then leave quickly or stay as long as it needs to. The political dynamic of that is completely different”. 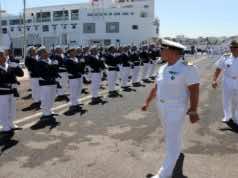