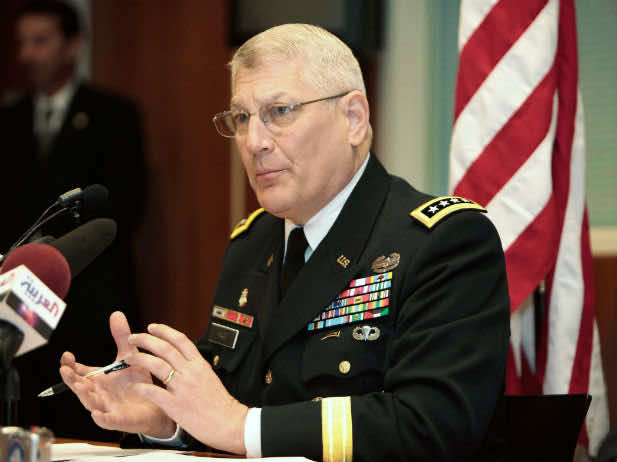 General Carter Ham, head of US Africa Command (Africom), travelled to the headquarters of a regional joint military committee in southern Algeria, the defence ministry announced on Monday.

The Sahel region’s joint military staff committee, known by its French acronym CEMOC, was formed by Algeria, Mali, Niger and Mauritania in April 2010 to coordinate their efforts against Al-Qaeda’s north African affiliate AQIM.

It is based in the desert town of Tamanrasset, not far from northern Mali which was overrun by armed Islamists last year and where fighting continues more than two months after a French-led operation to drive them from the ,region was launched on January 11.

Just days later, Al-Qaeda-linked fighters stormed the In Amenas desert gas plant in eastern Algeria, with 37 foreign hostages and 29 militants killed during the siege and army rescue operation that followed.

General Ham visited Tamarasset on Sunday, where he attended a presentation on CEMOC’s organisation and operations, the defence ministry said.

After initially hesitating, the United States has backed the French-led action in Mali with logistical support, sending transport planes, surveillance drones and refueling tankers to boost the campaign.