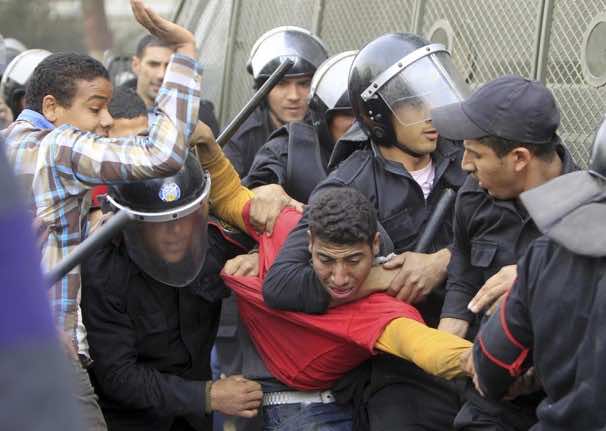 The order came as a warning from President Mohamed Morsi that political figures could be sanctioned if found to have stirred up the unrest drew the ire of the opposition and newspapers.

On Sunday, Morsi warned:”If investigations prove that certain political figures are implicated, the necessary measures will be taken against them, whatever their status.”

“We can expect the worst. Morsi’s threat signals the death of the state of law. They show that he is president only of the Muslim Brotherhood,” charged Khaled Daud, spokesman of the National Salvation Front opposition coalition.

“President Morsi always swings into action when the Muslim Brotherhood is under pressure, but he does nothing when his supporters attack the opposition,” according to Abdel Ghafar Shokr, an NSF leader.

Al-Watan newspaper spoke of “a threat to the opposition,” while Al-Masry Al-Youm accused the president of preparing “exceptional measures” against the opposition and of trying to intimidate the media.

On Monday, hundreds of Islamists, mostly Salafists hardline Muslims, kept up a protest action in front of Media City, a complex of studios and private television stations on the outskirts of Cairo.

Several employees in Media City have said they were attacked or intimidated by the protesters, who accuse the private media of bias against Islamists and of having incited Friday’s unrest.