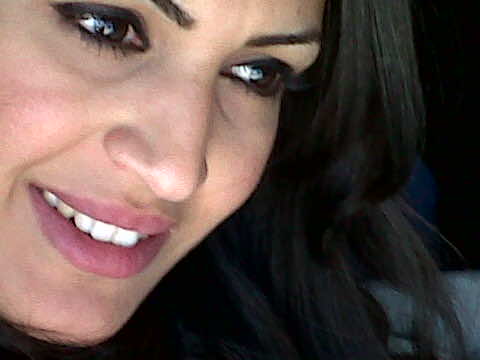 Recently, the concepts of learner autonomy and independence have become important concepts in the field of education. The former has become a ‘buzz-word’ within the context of language learning (Little, 1991:2). Autonomous learning is a technical jargon in education that means assuming responsibility and taking charge of one’s own learning. In this article, the focal interest is on defining learners’ autonomy, stating and explaining learning strategies and the factors that contribute to the achievement of learners’ independence as well as its implications.

In order for autonomy in the learning process to be achieved, there are conditions to be considered. Attaining independence in learning is not arbitrary; hence it necessitates respecting some measures. The conditions mentioned earlier include a set of strategies for autonomous learning. There are two types of strategies: language use strategies and language learning strategies. Cohen and Dornyei (2002) have defined the former as: “strategies for using the language that has been learned;” whereas the latter is considered to be the “conscious and semi-conscious thoughts and behaviors used by learners with the explicit goal of improving their knowledge and understanding of a target language” (Cohen & Dornyei, 2002: 178). Regarding this type of strategies Cohen and Dornyei (2002) have distinguished four main learning strategies: communication strategies, cognitive/ meta-cognitive and social strategies, skill area strategies, and self motivation strategies.

O’Malley and Chamot (1990) have defined Cognitive strategies as strategies that “operate directly on incoming information, manipulating it in ways that enhance learning” (O’Malley & Chamot, 1990:44). In other words, this category covers the process through which students go in their learning of the target language as well as the process of its use.

Whereas meta-cognitive strategies are defined by Cook (1993) as: “strategies about learning rather than learning strategies themselves” (Cook, 1993: 114). The learners who belong to this category are known for the self identification of their objectives and goals; they also determine how to achieve these goals. Meta-cognitive strategies are concerned to be “processes that allow learners to control their own cognition by planning what they will do, checking how it is going and then evaluating how it went,” (Cohen & Dornyei, 2002:.181).

The last strategies in this category are: affective and social strategies. Affective strategies “serve to regulate emotions, motivation and attitudes” (ibid: 181); whereas social categories are “actions which learners choose to take in order to interact with other learners and with native speakers” (ibid: 181). Moreover, some learning strategies are classified according to skill areas which include not only receptive and productive skills, but also vocabulary learning and translation which cross-cut the four skills.

Still, the students’ learning process is influenced by certain “social and psychological factors” as indicated by Shumann (1987); these factors provide an adequate description for the learners’ personal reaction to the learning process. There are many factors that help the students to be able to overcome their learning impediments; among which we can name: self-esteem and the learning desire, attitudes and motivation.

Attitude is frequently used in the context of education. It has been defined by Wenden (1998) as: “learned motivations, valued beliefs, evaluations, what one believes is acceptable, or responses oriented towards approaching or avoiding” (Wenden, 1998: 52). She argues that there are two distinguished types of attitudes:  attitudes that the learners hold about their role in the learning process and attitudes about the students’ capability as learners (ibid: 53).  Differently explained, students believe that learners have different cognitive capacities, in the sense that some of them can acquire a language easily while others cannot. If a learner has a positive attitude to learn a language his/her motivation is increased unconsciously and vice versa.

As far as motivation is concerned, it is agreed upon the fact that it is one of the key factors that influences the learners’ rate of success in learning a second or a foreign language. In different ways and degrees, people are highly motivated to learn languages in general. Motivation is of two types: instrumental and integrative. Instrumental motivation as explained by Gardner & Maclntyre (1993) is “when the target language performs as a “monetary incentive”” (Gardner & Maclmtyre, 1993: 3). In other words, when the learners consider the foreign language as a way to find a job; whereas, integrative motivation is the fact of being interested in knowing the culture of the target language and becoming integral parts of that culture. Scarcella & Oxford (1992) have defined integrative motivation as: “the desire to learn a language so as to integrate oneself with the target culture” (Scarcella & Oxford, 1992: 52).

The concept of self esteem is related to both attitude and motivation. Generally, it is a judgment that the learner himself or herself makes with regard to the learning of a second language or learning in general. According to Scarcella & Oxford (1992), self esteem is defined as “a self judgment of worth or value, based on feelings of efficacy” (ibid: 57). Teachers are supposed to help their student feel good about themselves in order to help them increase their self esteem. There are two types of students: students with high self esteem and students with low self esteem, and these two categories of students are different in terms of language learning. The former category shows high qualities and abilities in the process of language learning unlike the latter.

There are many ways to make students lifelong learners and autonomous. In higher education, normally teachers give in the exam choices; they ask the students questions like: write about one topic from a number of choices. This is the case again in high schools, teachers provide their students with choices especially in the follow up; hence, they, for example, ask them to do activity number one or two. This gives the student the right to choose and reflect on their own interest and preferences. It is important to give the students opportunities to work in pairs and in groups. Working in groups makes the learners feel independent and active actors free from the teacher’s control and learn from one another. The students can positively contribute to classroom activities and make the learning process meaningful through sharing thoughts, experiences, and ideas.

Fostering learners’ autonomy is a desired goal. It is significant to help the learners becoming independent. Of course, there are many ways that can lead to students’ learning independence. Promoting autonomous learning abilities is not a matter of letting the students work alone, it is in fact a teacher’s responsibility to develop skills that can help learners step towards autonomy and become responsible for their learning and gain the ability to put into practice the acquired skills in different learning situations. Learners’ autonomy cannot be achieved easily, but, it is a long road that needs patience; teachers are supposed to be aware that it is hard for them to have autonomous learners. It is a long process that needs fortitude, time, energy and motivation.

Chamot, A. U. (1987) The Learning Strategies of ESL Students.  Learner Strategies in Language learning.  Prentice- Hall, 71-84