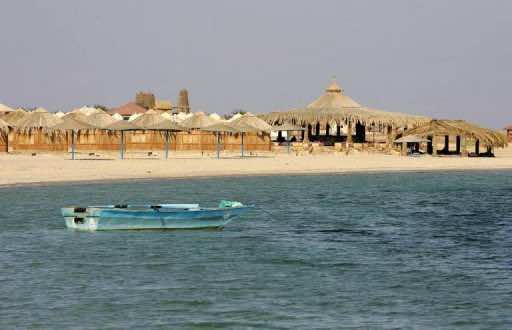 The pair had been travelling between the resort of Taba and coastal town of Dahab when they were abducted Friday. They were freed on Tuesday thanks to the “efforts” of Bedouin tribesmen, MENA said, citing the security services.

They were in good health, and were released in the early hours of the morning by tribal leaders, said the agency, without giving further details about the conditions for their freedom.

Six gunmen had intercepted the tourists’ car and forced them into their truck on Friday as they travelled between Taba, on the border with Israel, and Dahab further south.

Norway’s foreign ministry confirmed one of its citizens was abducted but gave no details.

At the same time, a relative of the man seized identified him as Israeli Arab, Amir Omar Hassan, and said he had contacted his family to tell them he had been abducted and was being treated well.

A spate of such hostage takings, which usually last for no longer than 48 hours, broke out in the restive Sinai after an uprising forced out president Hosni Mubarak in early 2011 and battered his security services.

The kidnappers are normally Bedouin who want to trade the hostages for jailed fellow tribesmen.