Morocco World News
Home Society To be successful in Morocco? We’re all dreaming about it 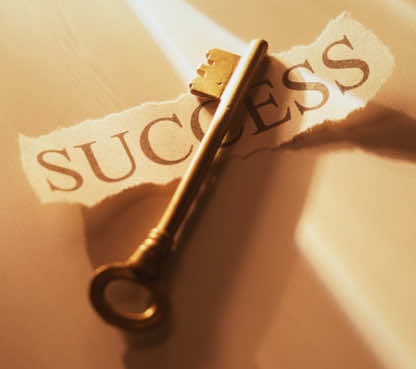 Have you ever wondered how to be successful in Morocco? I guess if you’re reading this, the answer is probably yes! I mean who doesn’t want to be considered as a successful member in our respective societies, among the people to whom we relate and with whom we live.

Morocco, as most of the Arab countries, has a large base of young people between the ages of 25-54 years. So as a young Moroccan citizen who is aspiring to a better future, which I believe is the aspiration (obviously) of everyone among the 41.4%, the percentage of this crucial component of our society, I find myself always wondering if I am on the right way and if someday all my efforts will eventually lead me to success.

Before I go any further, I want to precise that what I am referring to as success in this article is not the narrow definition of the matter which is having a job and driving a car and so on. I am talking about a broader concept of success that will allow the person to have a say in the affairs of the country, play an effective role in its progress and make a real difference.

To be able to achieve this goal, the first and most important step is to get an education, which is clear. However, when you start analyzing the situation in Morocco, things tend to become less obvious than one might think. In fact, one cannot overlook the fact that there are some dominant criteria in the profiles that have achieved success in our country.

I’ll start with the most apparent one: being the descendant of a “big” family. This means to be the son or daughter of a rich and resourceful father who is highly positioned. This is like having a TGV ticket to success. It comes with no surprise that if you ask any Moroccan about those, he/she will give you a whole exhaustive list.

Then you have to be the proud owner of a French diploma. Regardless of the specialization, being a laureate of any giving French school or institute will, award you at the end, with a very nice position in an important company or within the public sector. And once these two elements “obtained”, the rest follows almost automatically. Media exposure and significant positions as a Moroccan representative or a political party leader are easily reached.

Unfortunately, this situation illustrates perfectly the lack of social justice and equality of chances among the different members of the Moroccan society. The victims are not only real talented and passionate young Moroccans who prefer to look for recognition outside their beloved land but also, Morocco as a whole nation, which can’t benefit from gifted elements who it contributed, at some point, to educate and teach.

Having said that, I believe it is our duty as Moroccan citizens to thrive to serve our country no matter what. I admit that it can be very frustrating when you feel that all your efforts have been thrown against the wall and then an overwhelming sensation of helplessness has gotten your hands chained. However, giving up or running away is never the answer.

This is not some sort of a utopia; in my point of view because we all want to succeed in some way but no one said the fight would be a pleasure cruise.