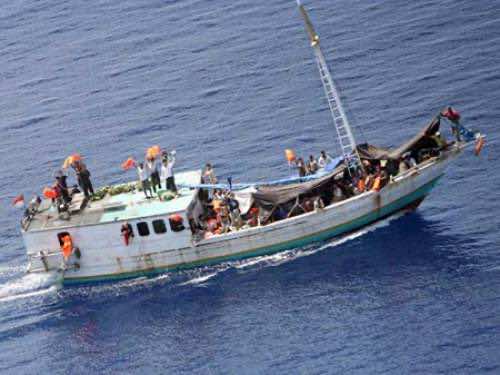 Spain’s maritime service said rescuers had picked up 12 migrants who were travelling on two boats while Morocco had intercepted 11 people who were on another two vessels.

The migrants were given blankets and transported to the port of Tarifa in the Spanish province of Cadiz which is located across the Strait of Gibraltar facing Morocco.

Spanish police then took them to a detention centre for undocumented migrants.

The Strait of Gibraltar separates Spain and Morocco by around just 15 kilometres (nine miles) — a ferry ride between the two continents takes roughly 35 minutes — making it one of the key smuggling routes for illegal immigrants crossing into Europe.

The number of migrants who arrived Spain shores by boat last year totalled 3,804, a 30 percent drop over the 2012, according to interior ministry figures.